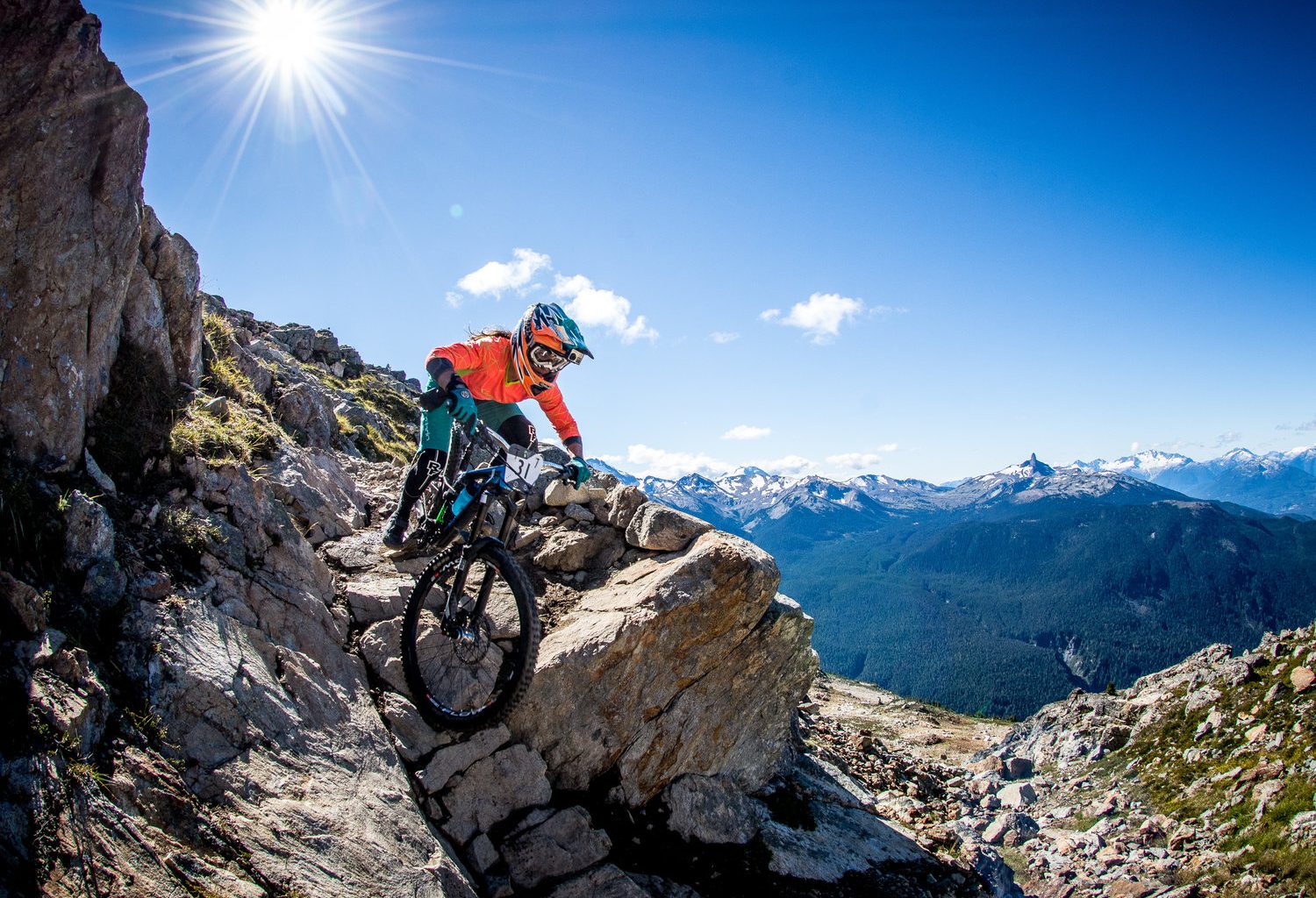 for the seventh season of its premier racing series

The North American Enduro Tour is excited to announce the 2017 Tour schedule will bring back the old favorites, but add some exciting new twists—including a venture to the East Coast.

Covering as much ground as possible for its seventh season, the series spans from Fraser Valley, B.C across Canada to Blue Mountain, Ontario, delivers a doubleheader in deep-gravity territory, B.C.'s Sea to Sky coastal corridor, and rounds out the season with a walk down memory lane to Winter Park, Colorado and a stop at the mega-volume Kamikaze Bike Games in Mammoth Mountain, California.

“NAET focuses its energy on bringing North American racing to the next level and we’re really trying to reach as many communities as possible to help racers and the enduro scene grow,” says Darren Kinnaird, NAET General Manager.

The tour is considered a feeder for the Enduro World Series, and begins with some serious descents on Vedder Mountain, May 7, with the Fraser Valley Enduro. Situated roughly an hour east of Vancouver, B.C., Vedder is known for its long, flowy routes down the mountain and promises a true endurance test. The race is the first stop on the MEC Canadian National Enduro Series presented by Intense Cycles, which is helping young athletes heading for careers in enduro racing to up their game.

The next two stops remain in B.C. with the second annual Whistler Spring Classic, May 27-28, offering up a root-riddled, and potentially snow-covered, single-track rip on some of the world’s best technical terrain. This year's race will bring a new two-day format which, when aligned with its U.S. Memorial Day long weekend spot on the calendar, is expected to make the race one of the biggies in the 2017 Tour.

After a weekend off, Squamish takes up the torch as The Gryphon Enduro returns with its amazing after party on June 10. Set against the backdrop of the stunning Howe Sound, and its surrounding peaks, The Gryphon is a five-stage enduro race showcasing some of the best riding in Squamish, a community where mountain biking is the pulse of the area. This event has become a tour highlight overnight with its epic flow and fun-time flavor, and will set the stage for the biggest leap of the NAET season.

“This race is expected to push boundaries with five to seven stages of rowdy downs and old-school classic climbs. The race community has been asking for a stop out east and we’re excited to be able to make it happen,” says Ted Morton, BC and National Enduro Series Race Director.

Heading south of the 49th parallel to the 2013 and 2014 American Enduro World Series stop turf, NAET sets up camp in one of its original home towns. BME Winter Park introduces riders to Trestle Bike Park's Phase 2 expansion, exploring both old and new of the high-altitude Colorado Rockies before heading back to Mammoth Mountain’s “mammoth”-sized enduro.

“There is a great amount of momentum with the NAET/EWS. We are proud to partner with the series and be the host locations for the finals,” says Bill Cockroft, Senior Vice President, Mammoth Mountain Ski Area.

Mammoth Mountain’s Kamikaze Bike Games hosts a two-day, 600-athlete enduro race as part of the California Enduro Series, which will serve as the 2017 finale for what’s anticipated to be a massive NAET season.

NAET represents the best riding in North America, showcasing top terrain and strong race organizations with a goal of providing amateur and pros alike with a professional-quality race experience. The courses are released just a week in advance, in a similar style to EWS racing, and the field typically attracts serious amateurs, pros and riders who want to test themselves.

May 7 – Fraser Valley Enduro, Chilliwack, BC

June 10 – The Gryphon, Squamish BC

All NAET stops are EWS-qualifiers meaning racers can accumulate points toward entry into the EWS for 2018.
Information on registration, pricing and race categories can all be found on the NAET website. In order to collect points to qualify for the Enduro World Series, racers will need to obtain an EMBA licence.

Fraser Valley Enduro
If you like riding new trails, with super long descents, this is the place. Last year's winning time was 25:58, spread across only three phenomenal descents. Don't let the number of descents fool you, this race was designed for the MEC National Enduro Series presented by Intense Cycles and it is every bit a national-caliber competition organized by a phenomenal group. Come prepared as the day will see riders climbing close to 2000 metres. These trails are steep, extremely fast, and a great test of bike skills and fitness.

Whistler Spring Classic
This is technical riding at its best in the home of the number one lift-accessed mountain bike park in the world, the Whistler Mountain Bike Park. The Whistler Spring Classic was born out of Whistler’s Great Outdoors Fest Enduro, the GO Enduro, and features some of the same track as the notorious SRAM Canadian Open Enduro presented by Specialized, winner of the 2014 Pinkbike Game Changer Award.

The Gryphon
Picture a finish line lined with grill cheese and chocolate pudding, a DJ, Caesars (the drink), and oh yeah, an epic region of rain forest flow mountain bikers from all over the world are picking up house and moving to enjoy. It doesn’t get better than the epicenter of mountain biking that is Squamish, B.C. Steps from North Shore riding and the Whistler Mountain Bike Park, The Gryphon is perfectly poised to become the launch pad for a week-long vacation of racing and riding.

Blue Mountain Enduro
Riders can expect the course to be anywhere from five to seven stages, utilizing a great mixture of rowdy downs, combined with some old-school classics. This event is the first and only North American Tour stop held in central/eastern Canada, so if you're serious about enduro racing, don't miss out.

BME Winter Park
This is where it all began. Stationed close to Denver and the Front Range, BME Winter Park in the Trestle Bike Park/Winter Park Resort was the one of the first enduro races in North America and one of the original NAET tour stops. Come on out to deep enduro territory with a race brought together by the team who hosted last year’s Mascota, Mexico finale, Big Mountain Enduro. Stay tuned for more details.

Kamikaze Bike Games
After a race so hot it had the (forest) fire marshalls out for 2016, the Kamikaze Bike Games Enduro brings its 600-person epic back to NAET for the final stop. This is a California Enduro Series stop and pretty well as big as enduro racing gets, in terms of number of racers in action. Grab a buddy and come enjoy a day in the California mountains with one massive MTB scene.

Photo and information by  Crankworx and NAET