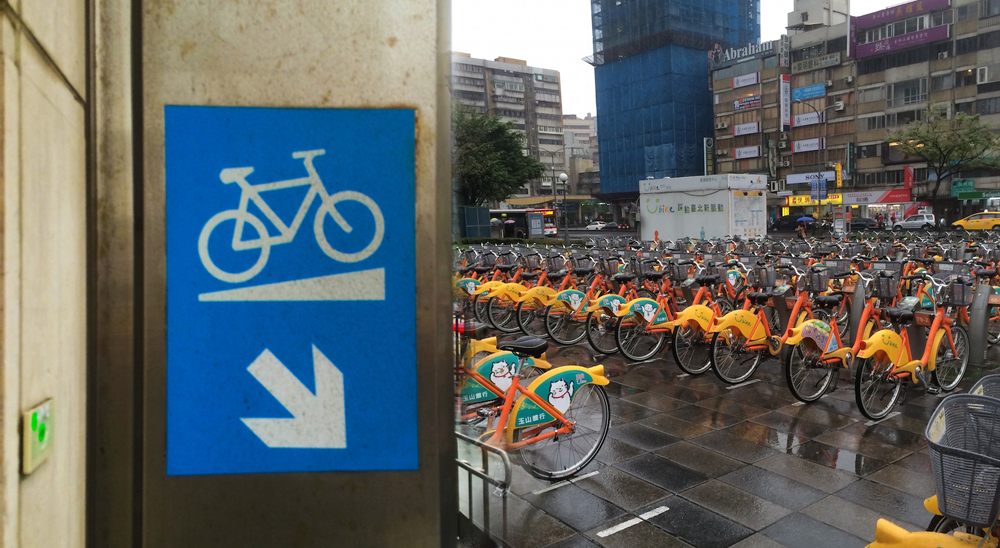 ED NOTE: THE PATH TOWARDS A TRUE CYCLING NATION

ED NOTE: THE PATH TOWARDS

GETTING THERE SHOULD BE "EFFORTLESS"

The current talk of the town goes from "Going towards a Greener Environment", to "Building a Cycling Nation" to "Cycling is the New Golf". In terms of observation and wish list, these guys are good, but in terms of actual work done, I'd say these are junk talks. Why junk? Cos these seems like "lip-servicing" social obligations and a whole lot of delaying from the top down.

OBSERVATIONS ON WHY SINGAPORE IS NOT A CYCLING NATION YET?

A recent article in a local media stated the reasons why Singapore is not a cycling nation yet. The reasons listed are as follows:

Cycling refers to pedaling of a bicycle for transportation, sports or recreation. In other words, cycling is a mode of transport (or a part of a full transportation process at least), a leisure activity for us to unwind and relax, a sport where we race against time or other cyclists, a way of life where we celebrate health, freedom and enjoy the fun that comes along with seeing the world at such blissful pace (notice I did not use  the term "lifestyle" yet) or … a fashion statement which grants us entry into a social group … ( yes .. lifestyle).

But truth is, a person may adopt different roles at different times when they are riding their bicycles. They could be the professional cyclist, the weekend warrior on wheels, the commuter, the social butterfly or the lifestyle fashionista depending on the time of day and day of week. These roles are not mutually exclusive from one another.

Present day earth still see cycling commuters as a group that adopts a "new thinking". Cyclists are divided into their various cycling disciplines and there are inter-subgroup rivalries (admit it folks!). And so we have pedestrians/security guards hating street and road riders, drivers hating roadies, hikers hating mountain bikers and so on … It's quite discouraging to cycle around town. And cycling is usually conveniently regarded as a sport or a leisure activity, no more.

Which brings us to a hard truth – cycling commuting, the activity that would be part of a cycling nation's daily routine –  seems to hold the key to the future of cycling!

In order to be a truly Cycling Nation, cycling has to fit into every aspect of life itself. And it is not limited only to sports nor leisure time. Unless we are all professional cyclists or sporty retirees with cycling habits, cycling for sports or recreational purposes take up only a small portion of our total waking hours. (Assuming waking hours are spent working, commuting, eating, socializing and playing). It then goes to show that, if we do not commute with a bicycle, or the world-at-large is not supportive of cycling commuters, then there will not be any Cycling Nation to speak of.

What then does "Cycling Nation" really means? To define it simply, a cycling nation means a society that incorporates cycling into their daily routine, their lifestyle and their recreation. Cycling would replace the use of motorized transport for short to moderate distance journeys. The urban planning would incorporate, in large parts, cycling accessibility and safety in their blueprints. Cycling is also encouraged and celebrated for leisure and sports. Cycling would be encouraged from early school days and nurtured into a habit. Along with the wide adoption of cycling as a way of life, public attitude towards cycling and cyclists safety would be in the high safe zone, amiable and respectful (they are all cyclists afterall!). There would be no small talks between new friends on whether they own bicycles nor whether they cycle because everyone cycles! The usual question they ask each other would be " Do you cycle for sports?"

WHAT OTHERS ARE DOING

(The UBike Program in Taipei)

A quick look at the recent Taipei Cycle 2015, and previous cycle exhibitions would show that the focus had been on the design for efficient, aesthetically beautiful and innovative looking bicycles for the city dwellers. There are definitely a lot of business potential in this segment of the bicycle industry. From what I gathered, many parts of the world are already bracing themselves for more cyclists in their community. Some adopted the 'Cycle Nation" planning earlier than others. Those who still have not start planning are now in the laggard category.

The U-bike program is a success in my opinion. A walk down any street in Taipei would see a whole lot of commuters on rented U-bikes. These bikes are in good working conditions and there is no visible discords between cyclists and pedestrians.

While we are at this, the National Association of City Transportation Officials (NACTO) in USA is a good reference point with their programs like Global Designing Cities Initiative (GDCI) and Global Street Design Guide (GSDG).

WHERE DO WE GO FROM HERE

(Towards a Cycling Nation)

We need to get this cleared in our heads first. With the support of the governing bodies (yes they are planning some stuff indeed, but seems kind of slow to me), there will be more people willing to try out cycling in their daily life. The private sector, seeing the increase in demand and the government's endorsements would then find all cycling related businesses (retail of bicycles, building of facilities and infrastructures, safety equipment, education, healthcare, fashion and the list goes on …) to be more lucrative than it currently is. With a bigger cycling population and a bigger potential market, more business enter the market. More choices and more events, leads to more awareness and experimentation and adoption. The momentum to the promotion of cycling as a way of life would then be self propelling. A growth multiplier effect and chain reaction at work here. In my opinion, government support is the first big step for the change ahead.

Running concurrently is the change in attitude of the nation towards cycling. Singapore is an expert in social campaigns! They did it before, they can do it again. Since the 70s, they had been successfully implementing social campaigns from promoting courtesy to speaking Mandarin to  birth control to productivity! How tough could promoting cycling as a way of life be? Social education is the next important step that should be ran concurrently. Social education could be implemented nationwide followed by help from non-elitist niche groups to add more creativity, identity and emotions into the adoption process. Such niche groups also form good feedback channels if they are harnessed and supported effectively.

I am sure the Singapore planners had studied the examples of other countries that had successfully implemented some level of a cycle friendly environment. And I am sure there is an advisory group wrecking their brains to come out with the most optimal balance for the country. And I am sure they would promote cycling to the younger generation so as to cultivate the habit of cycling in place of taking cars or other motorized transport. I am also sure they are willing to sacrifice the decline in earnings on the public transport systems in exchange for a greener bike-friendly, less fuel-dependent nation.

The day when we can see cycling being as effortless as any other daily routine is the day we smell some success.  Cycling commuting would no longer be a planned activity. It would be something that is as taken for granted as bringing your mobile phone along when you go out. It is no longer in the list of stuff to bring because it is a prerequisite. There is also just as much to worry about bicycle theft as there is to car theft as the bicycles would be stored in safe secure bicycles lockers. Places we visit would be easily accessible by bikes and those not on bikes are totally comfortable with bicycles around them. Cycling should be so effortless.

(Let's hope for a Cycling Utopia – buy a bike in a box from anywhere should you need one and not have one with you … {Ed: kind of sounds like how we think about condom purchase at convenient stores in present day …})

Photos by Bikezilla and DJC Media

The above are personal opinions of our editor. Should there be disagreement with any of his opinions, please contact us at editor@bikezilla.com.sg or leave a comment at this page.