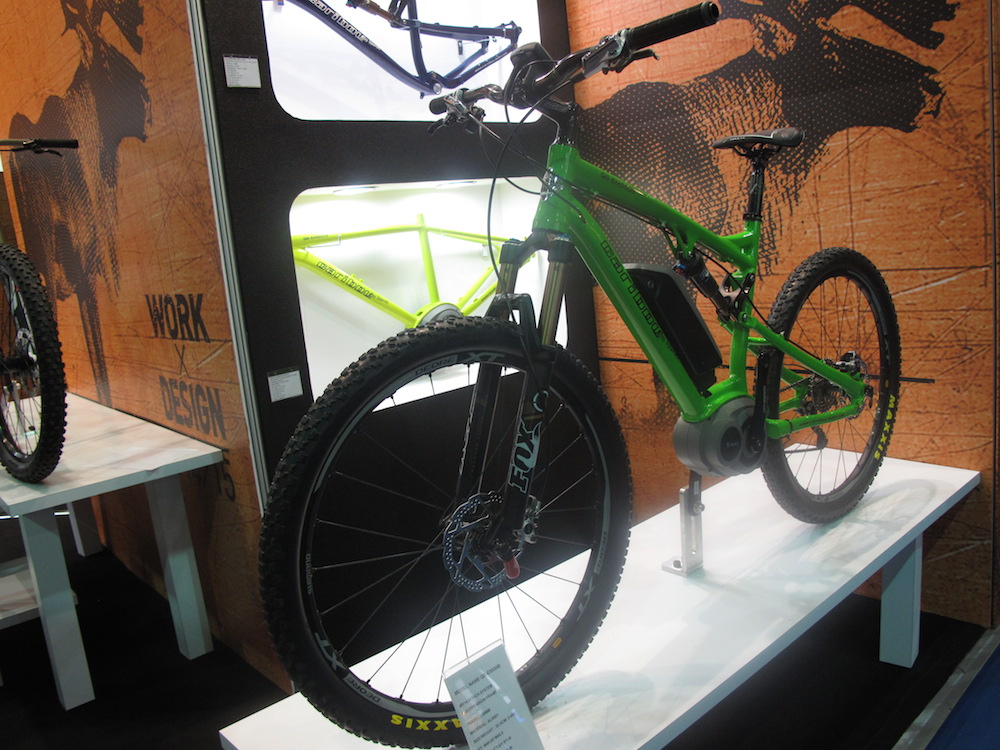 By now, any cyclist who cares about the going-ons of the cycling world would have accepted that electric bikes would be a part of the cycling community. And its application would only increase. In terms of application, electric bicycles are still very much confined to commuting and urban rides. There are other pockets of manufacturers and users trying to start the "movement" of electric bicycles for off-road and other rugged usages. While hardcore purists would scream murder for these purpose-built creations to be near any respectable bike parks or trails, the electric bike trend for uses beyond commuting seems to be gradually picking up.

The mounting of interest in electric bicycles grow in different magnitude in different bicycle segments, but the few common reasons are as follows:

IT'S A NEW BIG BOY'S TOY

Face it, anything that is new will trigger the curiosity in "big boys". It's full of areas to "modify" and upgrade. And it would be the envy of any boy's peer group to be the first to have a state-of-the-art cycling machine that they single-handled got a permit for. And even for those who opt for the more stealthy avenue of riding an unregistered or yet to be approved model would find it thrilling to be the first to own a rare machine, or thrilled by the fact that they get to explore the gritty stuffs that others have not even heard about.

The go-green, stylish urban commuting thingy is almost an integral part of electric bicycle evolution. In fact, the best use of electric bicycles is to allow commuters to use light-weight modes of transport that won't pollute yet provide a convenient way to zip around city, avoid traffic jams and take up less parking space. There is also a green vision tied to these bicycles – to see a city with clean air and very little or no vehicle congestion. This is currently the most established segment of electric bicycles and it comes with a whole array of fashion and accessories.

IN THE NAME OF EXPLORATION

Regardless of cycling discipline, one of the biggest most unforgettable experience of cycling is the freedom one gets when riding a bike. It is therefore natural to have dreams of exploring the world on a bicycle. While purists would want to achieve this exploration dream through sheer human strength and endurance, some would want to explore the world, feel the freedom and yet has enough spare energy to soak in the scenery and other wonderful goodies the exploration brings. Imagine a day's countryside exploration include a baggage that holds some food & drinks, bicycle tools & spares, camera, extra clothes for overnight stays, maps & other travel documents and a small bag of toiletries. That would be quite some weight. Lug it for a 100 km ride and it somehow becomes an endurance ride more so than an exploration trip. Same goes for urban exploration rides where tourist activities are as important as the cycling part. Electric bikes let a tourist conserve energy and allow less-fit cyclists to cover the same long distance as their fitter counterparts.

With the introduction of electric downhill and enduro bicycles, a whole new way to ride the big mountains is now possible. From the time we were exposed to downhill riding on mountain bikes, to the recently introduced enduro riding, uphill climbs have always been the torturous part that take up a lot of precious riding time. In places where there are no uplift services, riders would need to hike up steep ascends just so they can enjoy the descends which usually span only a fraction of the time needed for the whole hike up. A main factor that put many riders off certain downhill tracks. But this can be solved with the use of a electric downhill or enduro bike. While this dream scenario paints the perfect picture of how the trails and downhill tracks could accommodate the use of electric bicycles, the "evil" ugly side of electric bicycles usage quickly reels around to unveil the vision we do not want to see –  full "cheat" rides in trails and downhill tracks using the electric bicycles (both on the ups and the downs), the premature erosion of trails and downhill tracks due to powered tractions. The potential deterioration of riders capabilities in the future of cycling, changes to race rules, increases in opportunities to cheat and higher cost of enforcement all adds up.

TO BUY OR NOT TO BUY

The use of electric bicycles, for whatever applications has got their advantages and disadvantages. It is therefore up to the rider's discretion to use it responsibly so that electric bicycles can gain a foothold in the convenience and leisure segment of more riding disciplines. While we are on this topic, we also have to be aware that electric bicycles are powered mode of transports and it requires a permit to operate in many countries. In Singapore, all electric bicycles on the road requires a permit. (in this case a seal of approval). There are tons of electric commuter bicycles in Singapore, what we are interested in are the special purpose ones. Although few bike shops in Singapore would bring in special purpose electric bicycles, like those for downhill or other rugged uses in bulk, it is not without hope for individuals to want to import their own special electric bikes in and get a permit for it. That's provided they know what to look out for when doing their imports. Check out the Land Transport Authority's (LTA) requirements below on electric bicycles permit. For those who wish to do it the "stealth" way and just want to own a special electric bicycle, do note that should you be checked by a local officer, you may get a fine and possible impounding of the bike for failure to produce a permit. So do weigh the consequences.

Even as we have to give the subjective low-downs on owning a special electric bicycle in Singapore, Bikezilla would still wish to highlight the number of head-turning advantages that comes with owning a drop-dead-fierce-and-macho-to-death downhill electric machine:

– No sweat riding a burly 200mm travel bike around town (commuting!), maybe matching the speed of some road bikers

– Actually bringing the special downhill rig for a downhill session with effortless uplifts at Kent Ridge trail! (Using it only for the uplift on Vigilante Drive! Now that's real!)

(Ed: We leave it to the rider to decide how they want to ride their bikes, the above is just a tongue-in-cheek list of suggestions based on what we observed)

Motorised bicycles that meet the following requirements will be treated like conventional bicycles and exempted from registration with LTA:

-The construction of a motorised bicycle must be similar to that of a conventional bicycle;

-The motorised bicycle can only be powered by an electric source;

-The maximum power output of the motorised bicycle must not exceed 200 watts;

-The motor power of the motorised bicycle can only cut in when the rider starts to pedal; and

-The motor power of the motorised bicycle must be cut off when it reaches 25km/h or when the rider stops pedalling.

For safety reasons, TP will require all riders of motorised bicycles to be at least 16 years old and they must wear a bicycle helmet when riding the motorised bicycle. These new requirements will take effect from 1 January 2005.

Please note that it would be an offence under the Road Traffic Act for any person to sell or ride motorised bicycles on public roads that do not comply with the above requirements.

For more information on the rider requirements, please call 6547 0000 or visit www.spf.gov.sg

All LTA related information from www.onemotoring.com.sg