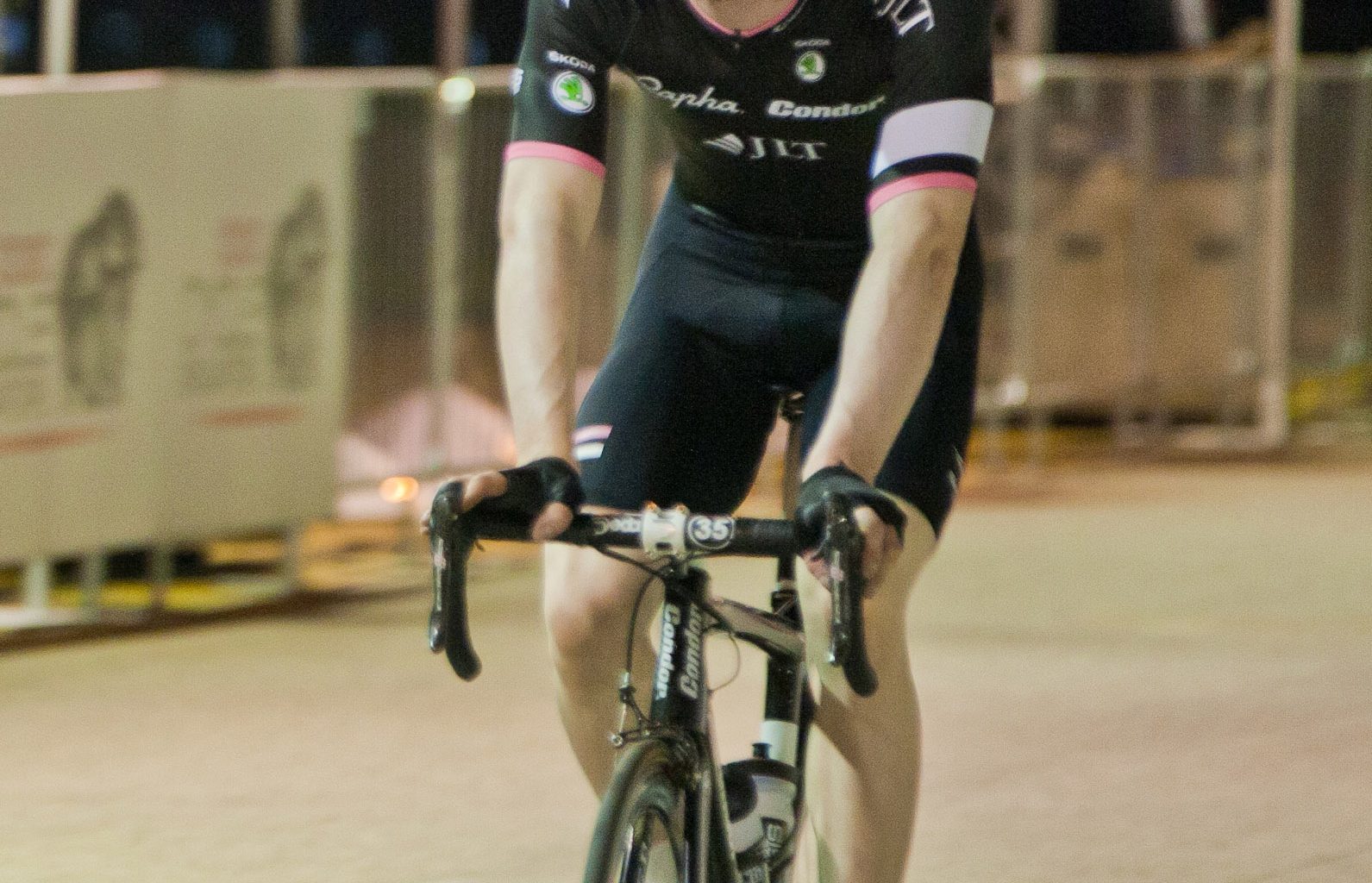 Clancy, who helped Great Britain win the team pursuit event at the 2008 and 2012 Olympic Games, finished runner-up in the Professional Criterium in 2013 and will look to go one better this year.

Two-time Olympic gold medallist Ed Clancy from Great Britain headlines the star-studded field of riders who will compete in the OCBC Cycle Singapore 2014 Professional Criterium, which flags off on the opening night of OCBC Cycle Singapore on Friday, 28 March, at the F1 Pit Building.

Clancy, who helped Great Britain win the team pursuit event at the 2008 and 2012 Olympic Games, finished runner-up in the Professional Criterium in 2013 and will look to go one better this year. Clancy will be joined by Rapha Condor-JLT teammates Kristian House, the 2009 British national road race champion; Graeme Briggs, the 2011 British national road race champion, and up-and-coming 19-year-old rider Edward Laverack.

The Rapha Condor-JLT contingent will face stiff competition from the other world-class riders in the race. Most notably, it will have to contend with Australia’s Union Cycliste Internationale (UCI) ProTeam ORICA-GreenEDGE, which has won the last two editions of the OCBC Cycle Singapore Professional Criterium. In 2012, three-time Tour de France Sprints Classification winner Robbie McEwen captured the title, while teammate Simon Clarke, who helped ORICA-GreenEDGE win Stage 4 of the Tour de France in 2013, pipped Clancy at the line last year. ORICA-GreenEDGE will be represented this year by Lithuanian rider Aidis Kruopis, who won the Sprints Classification winner’s blue jersey at Le Tour de Langkawi, Asia’s most prestigious road race which concluded last week.

Carrying the hopes of local cycling fans will be the OCBC Singapore Pro Cycling Team’s contingent of Singaporean Ho Jun Rong, Thailand’s Phuchong Saiudomsin, New Zealand’s Rico Rogers and Australia’s Mitchell Mulhern. Ho was the first Singaporean to ever complete the OCBC Cycle Singapore Professional Criterium in 2009 and is in a rich vein of form, having recorded the first two UCI Tour top-20 stage finishes of his career at the recent Le Tour de Langkawi. Saiudomsin, who has led Thailand to silver and gold medals at the 2013 and 2011 South-east Asian Games, respectively, will be attempting to defend the Best Asian Rider title that he captured at last year’s OCBC Cycle Singapore Professional Criterium. Rogers is arguably the OCBC Singapore Pro Cycling Team’s best sprinter, and he has already captured two podium finishes in his first three months as an OCBC rider.

“The world-class field lining up in this year’s Professional Criterium is testament to how well-regarded the event now is on the international stage,” said Chris Robb, Managing Director, Spectrum Worldwide.

“It’s a fantastic opportunity for Singapore’s cycling fans to watch some of the world’s best in action and I would encourage everyone to come down next Friday night to enjoy what is arguably the sport’s most exciting race format.”

Local cycling fans will also have plenty of other opportunities to interact with the elite cyclists ahead of the Professional Criterium. A selection of the professional riders will
take part in The Parade of Hope, a 20-minute ride around the F1 Pit Building aimed at raising awareness and funds for the four official charities of OCBC Cycle Singapore 2014: Dover Park Hospice, Singapore Children’s Society, SingHealth Transplant TRUEfund, and the SportCares Foundation, the philanthropic arm of the Singapore Sports Council. The Parade of Hope, which flags off at 7:15 p.m., is open to public registration, with each individual entry fee of $10 donated directly to the four charities.

More than 11,000 cyclists have already signed up for OCBC Cycle Singapore 2014, with registration set to close at midnight on Wednesday, 19 March.
For full event details or to register, go to www.ocbc.cyclesingapore.com.sg.