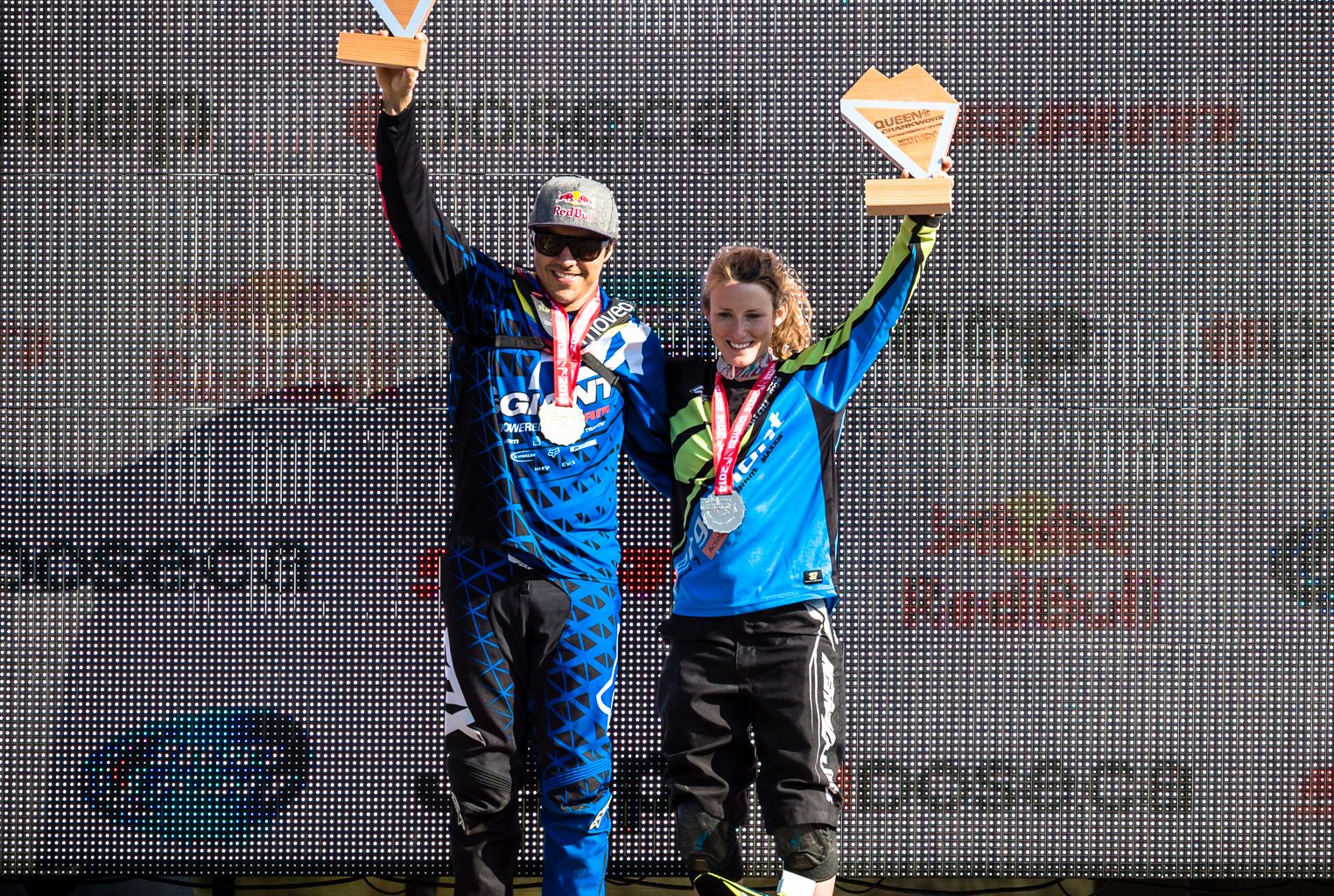 In August last year, Crankworx Events Inc. announced it would add a third location to its global brand, opening the door for the 12-year-old festival to become a three-stop world tour staged in Rotorua, New Zealand, Les Deux Alpes, France and its Canadian hometown of Whistler, B.C. And they are looking forward for the winners of the Pinkbike 2014 Game Changer of the Year Award to shake up gravity mountain biking with the launch of the Crankworx World Tour.

Several disciplines within the tour will now hold Crankworx Series titles, including the marquee event of Slopestyle, with athletes vying to win each event and the overall title.

“Crankworx Whistler has always been what Slopestyle is to me; they’ve always had the raddest course. To see a series that has similar courses is what I've always wanted to see,” says Brandon Semenuk, three-time Red Bull Joyride champion. “Instead of riding a bunch of other courses, I’m just going to do the Crankworx events because that’s what I’m most stoked on.”

Should Semenuk, or any other athlete, win all three Crankworx Slopestyle events, he will be awarded the all new Triple Crown of Slopestyle and earn an unheard of $50,000 in prize money.

KING AND QUEEN OF THE CRANKWORX WORLD TOUR

In addition to these individual competitions, an overarching battle to crown the King or Queen of the Crankworx World Tour will wage all season long as one man and one woman strive to become the best all-round mountain bike athlete. Crankworx Whistler has always recognized an outstanding male and female athlete with a coronation at the conclusion of its festival. The new King or Queen of the Crankworx World Tour ups the ante to recognize the male and female rider whose skill and versatility dominate on a global stage, and the prestigious title comes with $25,000 for both King and Queen.

"For me personally, having competed in so many different disciplines, the fact that Pump Track, Dual Slalom, DH, and Enduro all go towards an overall (title) should really play to my strengths. It's a race within several races, and seems like an overall skills omnium—which is a cool concept,” says Jill Kintner, two-time Queen of Crankworx Whistler and four-time Crankworx Whistler Pump Track Champion.

Prize money for athletes who make the podium at all Crankworx festivals will be the same for men and women in 2015.

“It was just time. There are amazing things happening on two wheels right now and we should be able to recognize women for the feats they accomplish on an equal footing to men,” says Darren Kinnaird, Crankworx World Tour manager. “Hopefully, this will encourage more women to get involved in competitive mountain biking.”

(Celebrate gravity mountain biking with the Crankworx series of events!)

EVENTS FOR KING AND QUEEN OF THE CRANKWORX WORLD TOUR

The Crankworx events included in the race to be named King or Queen are:

("There are amazing things happening on two wheels right now and we should be able to recognize women for the feats they accomplish on an equal footing to men,” says Darren Kinnaird, Crankworx World Tour manager")

All information by Crankworx.

Crankworx runs March 25-29 in Rotorua, July 9-12 in Les Deux Alpes, France and culminates a 10-day celebration of mountain biking in its Canadian hometown of Whistler, B.C.