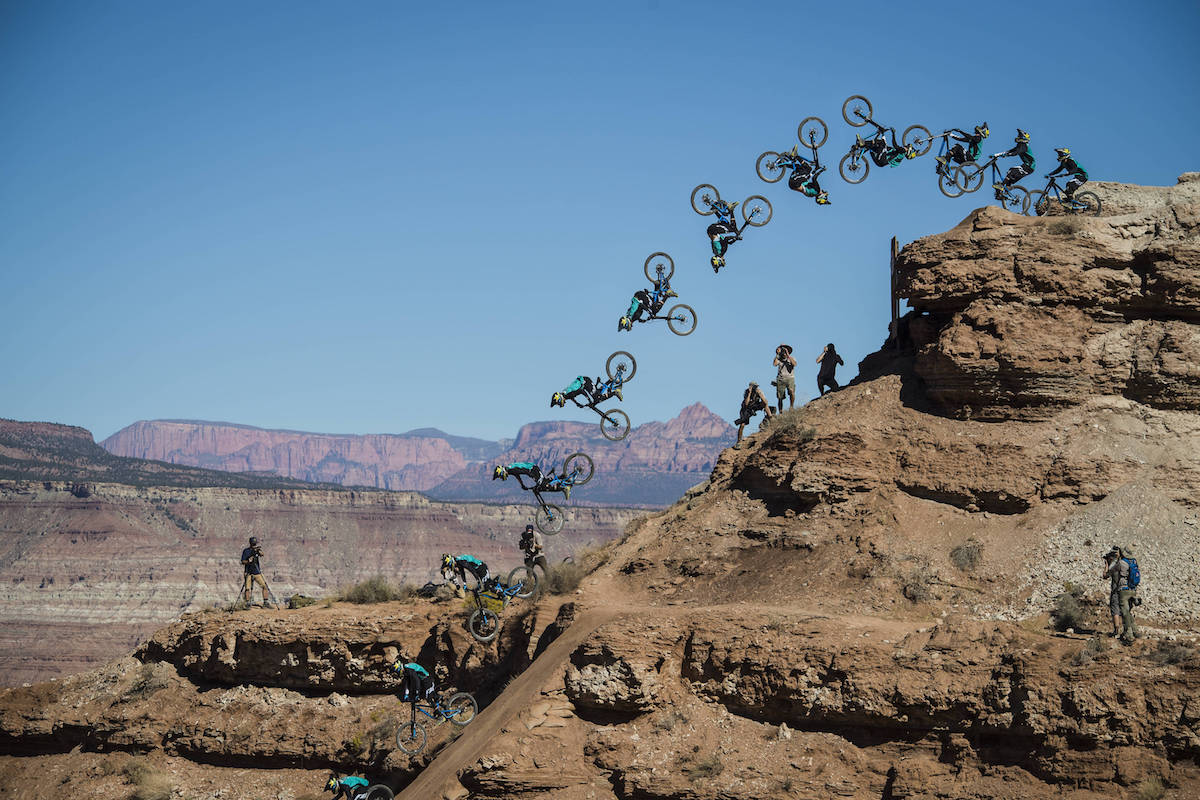 SPOTLIGHT: KURT SORGE SHINES ON THE CRAZY TERRAIN AT RED BULL RAMPAGE FOR A HAT-TRICK OF TITLES

SPOTLIGHT: KURT SORGE SHINES ON THE CRAZY TERRAIN AT RED BULL RAMPAGE FOR A HAT-TRICK OF TITLES

AND CAM McCAUL EXPLAINS WHY SOME RIDERS SCORES BETTER THAN OTHERS

Firstly, we would like to congratulate the winners of Red Bull Rampage 2017 for their sick runs. Such larger-than-life moments on a bike are what make mountain biking so much fun to us mortals. Let's recap on the top 3 winning runs. And we have a bonus for you guys! If you are one of those who couldn't understand why some riders got higher points that others, check out Red Bull Rampage's 2-Part video featuring Cam McCaul explaining this. Understanding the game rules would enhance your enjoyment, even as a spectator.

THE WINNINGEST FREERIDER SO FAR

The 12th edition of Red Bull Rampage ended with Kurt Sorge landing the most coveted mountain bike event in the world for a record third time. Having already conquered the daring terrain at Zion National Park in Virgin, Utah, in 2012 and 2015 the Canadian sent down arguably his best ever ride at Red Bull Rampage to overcome Cameron Zink and rookie Ethan Nell.

Sorge said: “I am speechless. I can’t believe it. It was a lot of work out here for a couple of weeks, and to make my diggers, everyone back home and the fans proud, is out of this world.
“All riders were going huge and doing technical tricks off all of the big features – putting together really technical flowy lines.”

Sorge, Zink and Brandon Semenuk were all battling it out for the first ever Red Bull Rampage hat trick. At the end of the day, with a score of 92.66 in his first run, Sorge came out on top and not only became the 2017 champion but the first athlete to take home three golds – cementing him as the winningest athlete in history.

Building upon the success of last year’s format changes, the elite group of 18 riders and their two-person build crews created their own man-made lines down the mountain without the use of power tools. As a result, no two riders' paths down the near-vertical sandstone ridges were the same.

Rounding out the podium was freeride mountain bike icon Zink, coming in a close second, and rookie Nell, a twenty-year-old Utah local who was competing in the event for the first time, taking home third.

Semenuk, winner from Red Bull Rampage 2016, and Brett Rheeder both fell in their first run and then took on their second redemption run with confidence, putting together solid performances to claim fourth and fifth place, respectively.

The ‘People’s Choice Presented by Utah Sports Commission’ was awarded to Frenchman Antoine Bizet with Pierre Edouard Ferry picking up the ‘Kelly McGarry Spirit Award’ which was chosen by the athletes.

From some viewers' point of view, some of the runs may not seem as deserving for the high points as they should be. We feel that this is largely due to a difference in perception and expectations from this event.

We would like to ask this: How much do you know about Free Riding? Are you basing your comments on a different set of understanding altogether?

Whether you think you know or you don't, let's align this event's expectation based on the judging criteria. Judging criteria points the competitors in the direction they would plan their line and trick list and every other detail to focus on.

Judged on four sets of criteria, including (1) difficulty of line, (2) air amplitude, (3) control and fluidity, (4) tricks and style, all athletes would work to impress the judges as they ride down the other-worldly terrain.

As a bonus for this article, we would like to share a 2-Part Red Bull Rampage instalment that answers many questions. Watch them before commenting about why some riders got the points they got.

Cam McCaul and Carson Storch help explain how certain style cues can earn a higher score for one rider over another, even if they're riding the same line and doing the same tricks.

Cam McCaul helps us understand the enormous scale of the Rampage course, using four examples to get a clearer picture of what the competitors are facing on the unforgiving terrain.

TILL THE NEXT RAMPAGE

Red Bull Rampage never fails to inspire us and invoke that urge to try out some gnarl wherever we can, be it trail or street. Till the next Rampage folks. Meantime, keep making mountain biking larger-than-life! Ride.

All photos and videos by Red Bull