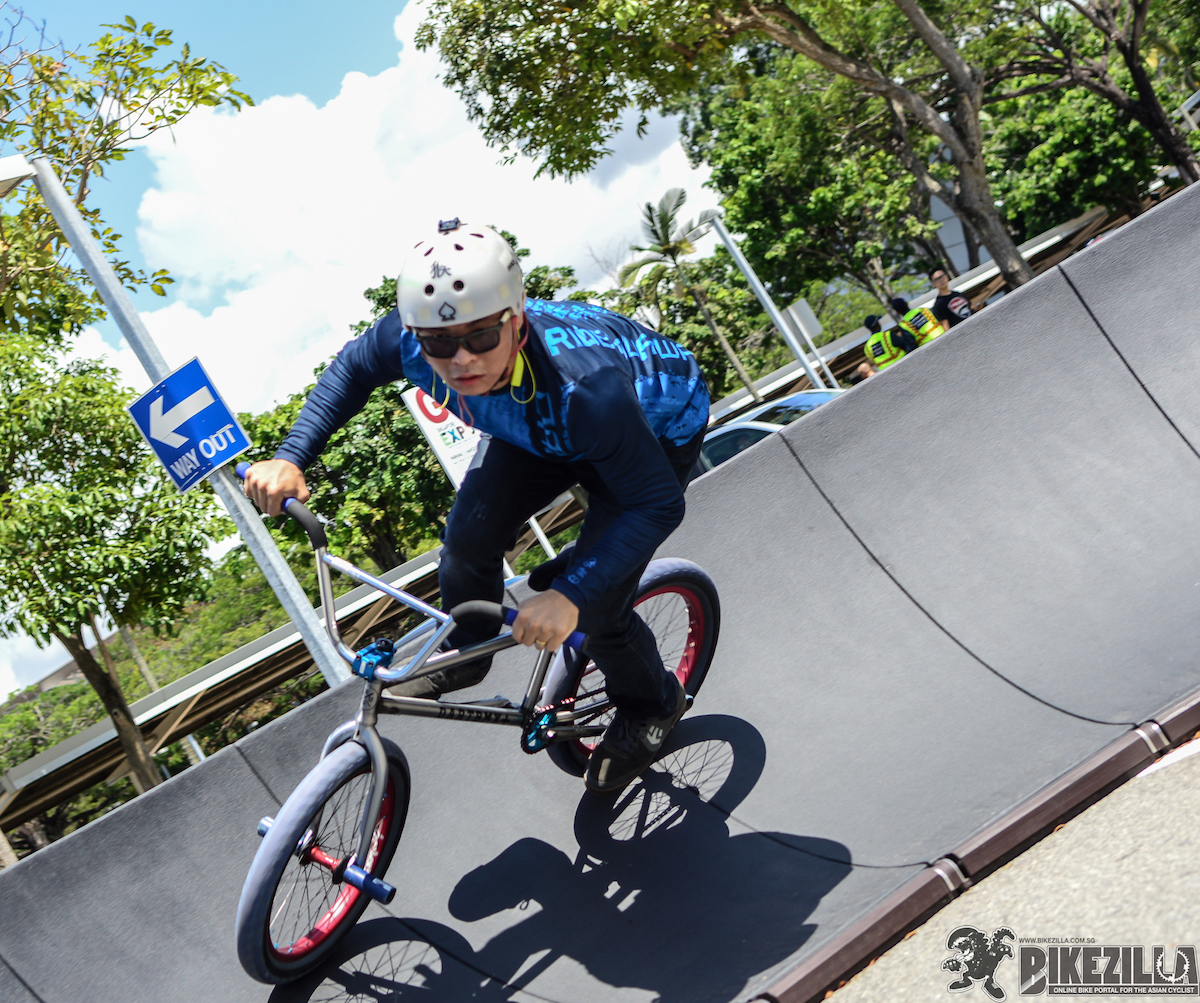 Pumptracks are described as a continuous circuit of dirt rollers, berms and jumps that loops back on itself. Pumptracks in themselves, are epic bundles of fun, but they teach you useful skills on a bike, such as how to pump the terrain to gain speed, how to ride berms, how to maintain momentum, and how to look several steps ahead of where you're riding. If anything else, it provides an intense full-body workout in a very short amount of time. All this goodness now comes in "easy-to-assemble-portable-fun-packs". We spoke to Founder and Co-Director Erik Burgon and Director and Partner of Parkitect Asia, for the details.

Bikezilla recently had a quick sitdown with Parkitect's Founder and Co-Director Erik Burgon amidst the hustle and bustle at the Singapore Bike Show 2017. As a brief background just to see where the source of this vision comes from, Erik, having grown up in Vancouver, Canada, keenly remembers his exposure to the sport at an early age through cross-country races and programs that were organized in his school. It turned out to be a huge starting point, evolving into tours across the United States by the time he was 17, and even events and shows in Germany. During a show in Italy, Erik got his first break by designing a Bike Park in his spare time for an Italian investor, who wanted something "big and bike-related". As a budding architect at the time, Erik considers the community and culture that sprung from his first project as "one of the strongest grassroots places to ride in Europe". In this article, we're going to have a look at how Parkitect has sought to bring all the fun in a pumptrack into a community via their modular system.

Based in Switzerland, Parkitect and its modular pumptracks operate on relatively simple, but powerful objectives. A low cost, high quality modular system, that can virtually be enjoyed by anyone and everyone. But what is perhaps key to their admirable drive is community spirit. The modular nature of the system was quite clearly designed around the possibility of expanding an existing structure to accommodate for the dynamic range of a growing community.

This, according to Erik, is fundamental in creating a community environment by "providing the fun to a vast population, bridging the generation gap between age groups". Take for example a particular scenario of benefit – community events that feature pumptracks where participants could  gather to have some riding fun and at the same time compete on how much calories they were burning! Sounds fun right? The Government could tap onto the data, allowing them to track it through and see the results of their investment.

Parkitect has clinched ISPO's Award Gold 2014/2015, ISPO's Brandnew Award 2016/2017, Eurobike's Gold Award for 2015 and the BUDMA Gold Award 2015. Needless to say, this is a company that has invested and put out a great amount of time and energy into innovating and producing a modular pumptrack system of such quality and make, with a clear vision as to what the system intends to achieve in the community.

Erik, on the product, emphasis that quality, cost effectiveness and the modular nature of the pumptrack, is the name of the game. In fact, he delves a little into the flexible application of the modular system versus a traditional built in pumptrack made out of dirt or asphalt. The core difficulty of designing a good traditional pumptrack (apart from costs) is that the same structure is not duplicable. Succinctly put, "If the bumps are not the same shape, you won't get the same effect". Whereas, with Parkitect's modular system, regardless of where you're riding, the level of enjoyment and performance is consistent.

(Ed: We totally agree on this one!)

In fact, the present modular setup we rode in Singapore (a result of a weekend shut in a hotel between Erik and a number of experts) is as on-point as possible in trying to tie in the different levels of ability in our local scene. In so simple a concept, the product was technically designed to reflect the community it's placed in!

The product speaks for itself and as they say, simplicity is key. The pumptrack that featured at the Singapore Bike Show 2017 was the original, lighter and more portable Composite Track. Described as being "light and compact enough to be transported to events and durable enough to be installed permanently in public spaces".

Despite that description, the system felt anything but "light and compact" when we got wheels on. Sturdy and comfortable to ride, it was definitely more than sufficiently rugged for some of the more experienced riders to try popping off the rollers and commit to some two-wheeled tom-foolery. In contrast to the Composite Track, Parkitect also provides a longer lasting option using Precast Concrete. Both options draw source from Parkitect's core vision of a "community based pumptrack".

Our conversation with Parkitect was indeed enlightening. It gave us insights into new ways and ideas to attract interest and appreciation in cycling. At the same time, it set us thinking deeper into the whole mechanics of bike life, fitness and community objectives. Parkitect has created the platform for us to achieve many bike life and community objectives. It is now up to the local boys and sponsors to make the best out of this range of products.

Let's continue the pump track fun by having more sets in circulation and more available space for them. Riders and sponsors, let's pump!

Interview with Parkitect by Bikezilla.