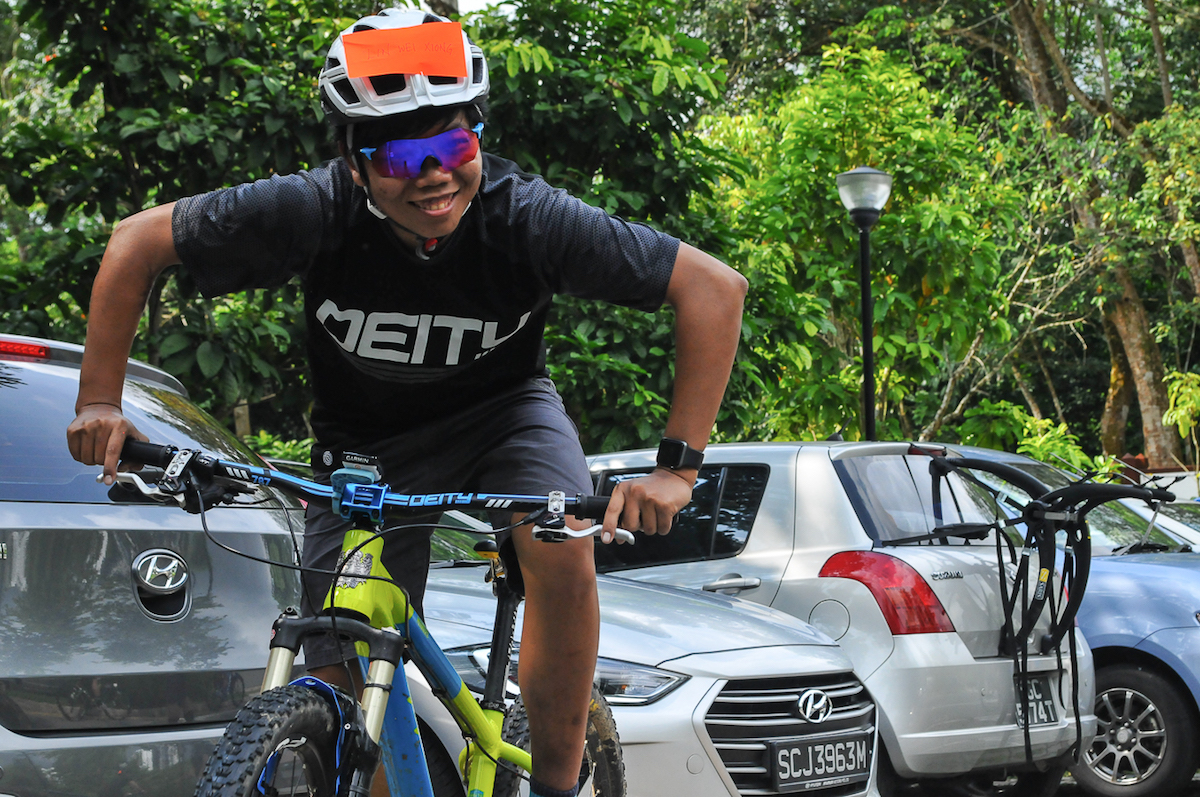 Clean and sharp. There's something about some crisp eyewear just before a ride.

In some serious expectation of the Singapore Open Enduro coming up this weekend (that's on the 20th and 21st guys), the SOE – Prizm Trail Sessions, in collaboration with Oakley, was organized. Riders who signed up and registered were treated to some skills clinics with some of our local veteran riders. On top of that, riders were given the chance of trail testing Oakley's Prizm Trail lenses on local trails. A pretty sweet deal, in my book.

The day started pretty regular, but riders were definitely intrigued by the Oakley tent that was set up at Chestnut Point. By the time the first few riders began the registration process and got hold of their glasses, the excitement really kicked in. After a quick briefing by Wilson and some administration (riders were distributed with coloured labels to identify their groupings), the riders set off to their designated trails for some skill building and practice! Some rain kicked in later in the day, but as you will see, that did little to dampen anyone's spirits.

The Prizm lenses were largely defined by the frames they were equipped with. Despite this being a trail event, riders were treated to viewing the whole Prizm family, courtesy of Oakley.

Apart from the obvious presence of the lenses, other Oakley products were up for display and sale as well!

Registration, an arduous but necessary process. As a consolation of sorts, riders were presented with their pair of Prizm glasses for their use of the day!

A briefing, and a quick handing out of their tags, and the riders were ready to head out!

As you can see, one of our coaches for the day, Chee Keong, was raring to get out there.

Ian Krempl surveying the scene with his pair of Prizm lenses.

There's something about putting these on, it's almost… cape-like.

Coaches Sylvia and Christina demonstrating some form and posture before some car park practice, and after that, some trail time.

The picture sometimes says everything.

Before long, riders were hitting the trail with their newly polished skills. Sylvia carving it up as part of a live demonstration.

Christina leading a small train of riders into live practice.

After a decent amount of practice, the rain came in hard and fast. But as you can see, all smiles, with eyes aglow under that Prizm aura.

On the other side of Chestnut, Chee Keong can be seen leading his group into Gangsa to get at some drops. Here seen guiding the riders on tackling a pretty steep run-in.

Suffice to say that riders were all ears, eager to pick up some skill tips or tricks to put to best use on the trail during the upcoming Singapore Open Enduro, at least, for those that were racing.

Yaw looking smooth and controlled while giving a live demonstration.

Alex railing it, as riders moved from one drop feature to another to squeeze in as much practice as possible, what with the rolling clouds above.

Although the rain did eventually put practice to a slightly premature stop, riders were feeling pretty dialed with some new skills and some take home experience with Oakley's Prizm lenses.

Jerome Tan is part of the Bikezilla Editorial Team. He enjoys spending time in the green rather than in urban jungles. Some may mistake him for a random homeless person living off the land in the depths of Bukit Timah Nature Reserve with his Knolly Warden. With all that said and done, Jerome enjoys wanton mee, and excessive amounts of laksa with equally excessive amounts of chilli just before a day out riding. You know, just to make things interesting.