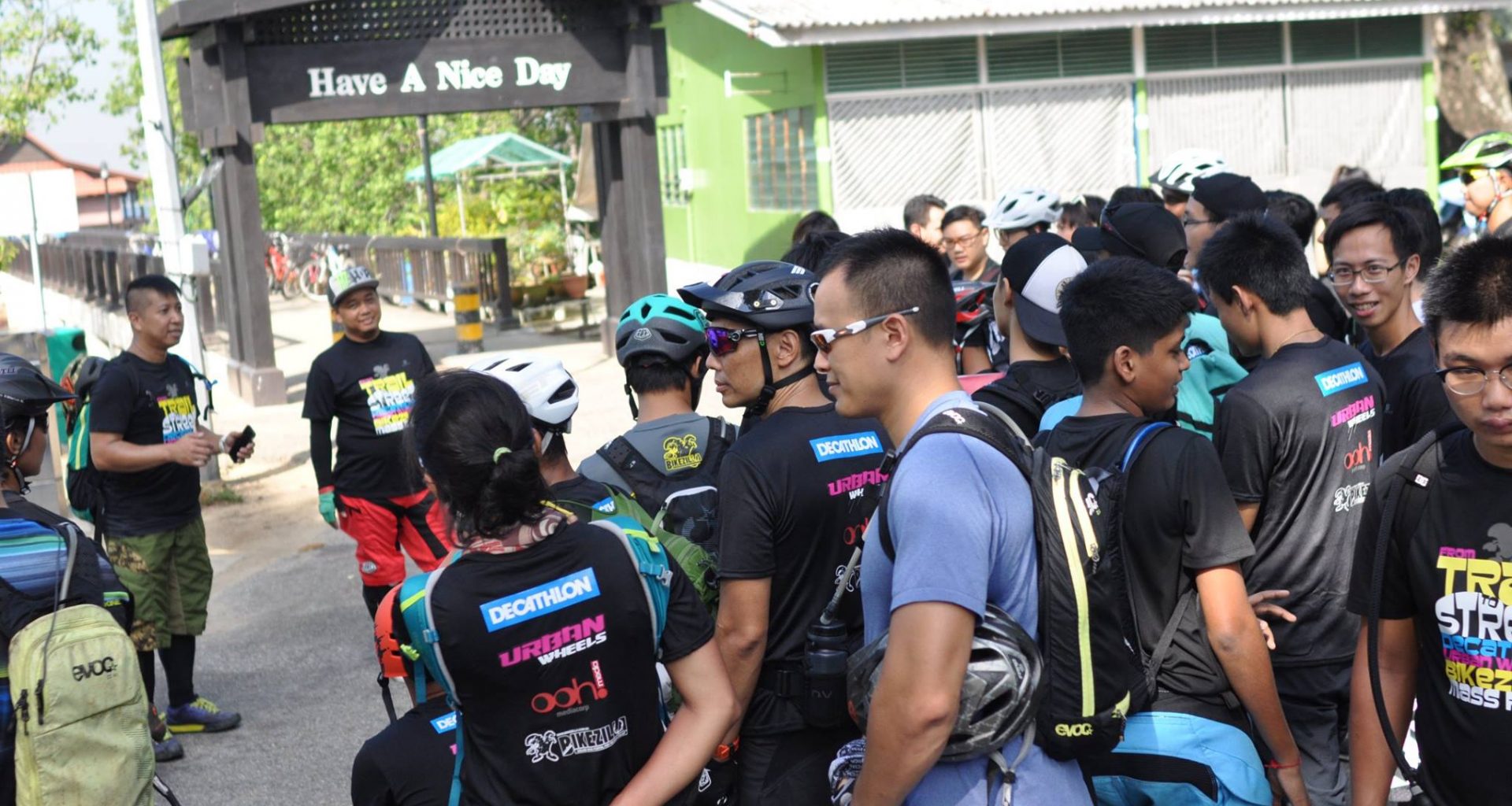 ED NOTES: FROM TRAIL TO STREET

ED NOTE: FROM TRAIL TO STREET

THE ESSENCE BEHIND THE BIKEZILLA MASS RIDE

WITH DECATHLON AND URBAN WHEELS CHALLENGE

While this editor feels that mass rides are all good, he also felt that there are still many who are be either too shy, too lazy, too indifferent, too egoistic or too busy to join in the fun. But a recent Mass Ride held a little more significance than just a simple gathering. Read on and you might raise your passion for cycling further, feel closer to the local cycling community and wanna join the next one.

Cycling is not a new fad (Doh…). And Cycle Culture has always been around. But within the cycling world, there exist different subcultures – from the strict sportsmen road cyclists, to the carefree hang loose mountain bikers, to the radically aggressive street riders to the leisure cafe crawler hipster commuters. They are as different as chalk and cheese, bounded only by the fact that they all happen to ride a bicycle. Beyond that, everything else is just DIFFERENT. To set terminologies correct, we would say that cycling is a universe where there are galaxies of different cycling disciplines. And within the galaxies, there are pockets of riding communities and groups … so on … so forth …

Enter Urban Wheels – an event organized by Mediacorp OOH Media that celebrates the passion of cycling through an urban downhill race. We can see why the Urban Wheels Challenge series is positioned as such. With races like National Championships for both Cross Country and Downhill, OCBC Cycle for road and city cycling, amongst other cycling events locally and regionally, a natural good niche which could draw in the spectator crowd, advertisers and sponsors steadily would be an Urban Downhill Race. "Urban Downhill" – a term in itself that readily tickles the adrenaline in gravity bikers, freeriders, fans as well as sponsors. It's action sports.

Urban Downhill and Mall Races are well known for their tight, aggressive, fast-paced-hard-consequence actions. It carries big entertainment value for both the racers and spectators. A natural choice for carving out a niche quickly in the cycling world for our media facilitator with core business in broadcast, not sports.

While the initial approach was one of lifestyle and family fun, it was soon learned that bike life is a whole lot more than just a simple dip in the pond. There is a lot more to it – a deep culture, a lifestyle which permeates into daily routines, speeches, thoughts, actions and beyond.

By the time the first Urban Wheels was over in 2015, the event had already gotten a good enough awareness rating for a sequel the following year. But, no longer is the leisure lifestyle approach alone going to propel the event's name to its intended next level. There is a need to thread deeper into the pool. A need to fully submerge into the culture. Because, only then, would the biking community feels the credibility and the receive clearer signals of longevity in the event. (Not an easy task as our facilitator organizer is still a lifestyle brand at heart, so some juggling act is needed here.)

A new question pops up.

Is urban riding the only type of riding a mountain biker does?

Hell no! Mountain bikers, or folks that loves gravity, freeriding or obstacle course ride in the trails too. (That's off road to you!) There is thus a need to showcase the full spectrum of mountain biking.

FROM TRAIL TO STREET

If we are to describe a typical city dwelling mountain biker, it would be that he does more than one discipline of riding. Road, trail, street, trial, gravity, a bit of everything. And with that, Bikezilla proposed to illustrate that mountain biking can be enjoyed in more ways than one!

We spoke to the folks at Mediacorp OOH Media with regards to a lead-up event that could paint a fuller picture of mountain biking while catering to bikers of all skill levels. And along with Decathlon – the mega sized one-stop sport shop, we came out with the Decathlon x Urban Wheels x Bikezilla Mass Ride at Ubin.

The Mass Ride was divided into 2 groups – the fast group and the leisure group. This would allow the riders to ride at a pace they are comfortable with. Nobody needs to feel restricted. The organizing team then brought the group to the island, delivered a safety briefing, tied-up all the meeting and assemble timings and the off they went!

We were happy that the response turned out very good, with registration fully taken up within 3 days of its opening.

Although the Mass Ride was just a simple Ubin riding trip which many could simply go on their own, it was the communal feel that won the day. The happy faces say it all.

We would definitely have more Mass Rides soon.

Bikezilla Mass Rides are flexible format rides and could cater to a general group or a specific-skilled group depending on venue and opportunity. But what we are sure is that all Mass Rides (which are kick-ass FUN events) bring people together. Between groups of experienced riders; between newbies and veterans; between sponsors and bikers. And that's what we wish to see – a closer biking community.

The first thing that came to mind when somebody mentioned a "closer related" biking community would be the riders knowing each other so well that they call each other "brothers" and "sisters". That's only a fraction of the intended meaning. What we were hoping for is a community where riders, sponsors, organizers, authorities and the general public are united in a mutually beneficial relationship. Where new riders joining the community are welcomed and could access resources to start them off easily; where experienced riders get opportunity to further their skills and prowess; where sponsors and organizers find it both passionate and profitable enough to continue to support the community as a sport and other green advocacy. While competitions and healthy rivalry would still exist, everyone understands the need for gradual growth, to embrace changes, to crystallize our very own local identity and culture, and most of all, to fuel our passion for cycling and have FUN. Till this day comes, let's just keep it real, ride as much as we can and have fun doing it. Strength in Unity.

Note: This article is the opinion of the writer and does not reflect that of Bikezilla.