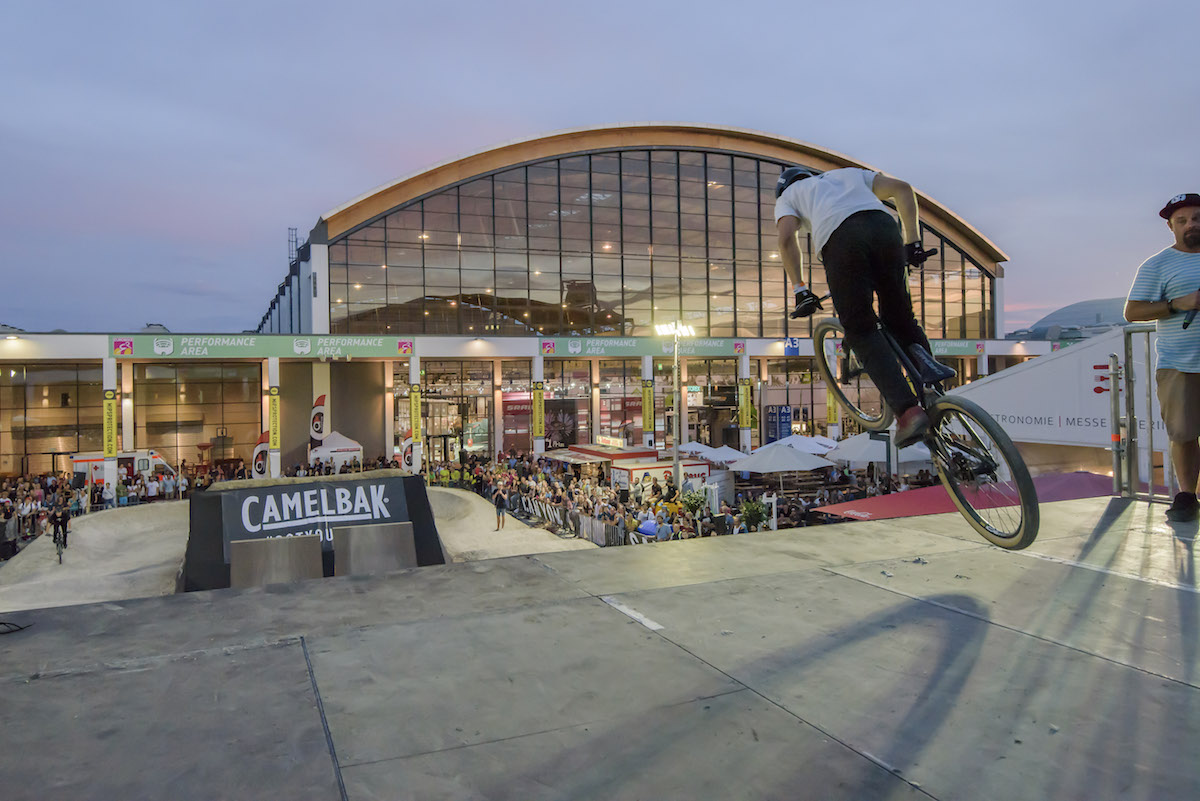 The Global Show of the bike industry came to an end on 4 September 2016, clocking up 42,720 trade visitors from 106 nations and 1,736 media representatives. Again this year, EUROBIKE delivered the goods, providing the trade visitors with a comprehensive overview of the market and an orientation as to the coming trends. What was new this year was the two Festival Days, which were open for a total of 32,400 bike enthusiasts and newcomers to experience “bike life” in eleven different Areas. Read on to discover the ways Euro Bike attracts bike enthusiast – trade or otherwise.

PUTTING THE GLOBAL BICYCLE INDUSTRY AND BIKE TRENDS IN THE LIMELIGHT

Once again, the Eurobike was able to present itself as a valuable platform of the international bicycle industry. From start-up entrepreneurs, to dealers and decision-makers in mid-sized enterprises, and on up to leaders of large corporations: All in all 42,720 industry visitors came to Lake Constance (2015: 45,870). An additional 32,400 bike fans (2015: 20,730) wanted to climb on a bike on the weekend. Klaus Wellmann, CEO of Messe Friedrichshafen, summed things up by saying: “With the new Festival Days as a complement to the international professional exchange, the Eurobike is celebrating the fascination of biking at a whole new level. Everyone was able to experience the important role that bicycle-based mobility is assuming in society.” Eurobike Head Stefan Reisinger adds: “We are pleased with this strongly communicative show for the 25th anniversary and that we have also been able to increase international participation, with visitors coming from 106 countries.”

A GATHERING OF THE MARKET'S LEADING BRANDS

The presence of almost all of the market’s leading companies – 1350 exhibitors from around the world were on hand for the show’s anniversary edition – as well as the high-quality offerings from all segments of the bike industry generated strong visitor interest. Crowds were plentiful at exhibitor stands. Thus, for example, Siegfried Neuberger, Managing Director of the Zweirad Industrie Verband (ZIV), the German bicycle industry assocation, spoke about the success of the show: “We were convinced by the Eurobike 2016 – including its new concept. That is our impression and that is what we also heard from many of our members.” Riese & Müller CEO Sandra Wolf emphasized the importance of the show: “For us, there is no question that we will go to the Eurobike. It is the leading trade show for the bike industry, not just in the German-speaking world, but internationally. This is where we meet interested parties from across Europe and around the world. The new concept for the show paid off, because it made logistics much easier. The new hall layout is excellent for us, because we now have more space available. For us, the Eurobike is not only a trade show for orders, it is also a platform for us to present ourselves. We have been able to welcome many of our established customers, as well as new people, some of whom come from very different sectors, who are interested in our products.”

“2016 is the year of the e-bike. More and more people are getting interested in this intelligent, economic and ecologically sensible form of mobility. That was clear at the Eurobike,” said Tamara Winograd, head of Marketing and Communications at Bosch eBike Systems, as she described the trend that has continued to “electrify” bike fans. “E-biking has now become more than just a trend – it has arrived in the mainstream of our society. The Eurobike is an important component of this success story and offers the industry an ideal platform to draw attention to new developments and improvements.”

The Eurobike was once again a media spectacle. 1736 media representatives from 41 informed themselves about the events in Friedrichshafen. “For me, the Eurobike is a way to advertise ourselves and the industry gets a lot of media attention here,” Hebie Executive Director Dirk Niermann says about the anniversary show, which has experienced a meteoric rise in the past 25 years. Eurobike Head Stefan Reising explains: “In the last decades, we have experienced an almost constant increase in our visitor numbers. Now we have registered a decline for the first time, primarily among German trade visitors. The reasons for this range from how the season has gone so far, to increased competition from a growing number of events put on by manufacturers themselves. We have received extensive feedback about our new concept and have spoken a lot with our customers about the future orientation and development of the show. One result of these discussions is that next year, the appeal to consumers will be concentrated on one Festival Day on Saturday. This means that the Eurobike 2017 will take place from Wednesday, August 30 to Saturday, September 2, that is without the originally planned Sunday.” Bernhard Lange, Managing Director of Paul Lange & Co. OHG adds: “For us, the 25th Eurobike was certainly a good show. We had very good discussions and we could tell that the mood among retailers is definitely positive – also because of the weather, which thankfully has improved in the last few weeks. However, it also must be said that we have sensed a drop in the number of German trade visitors.”

The Eurobike Festival Days offered infotainment centered on the new bike trends, drawing 32,400 visitors to Lake Constance on the weekend. “For two days, the industry celebrated the bicycle theme together with all of the bike fans. The response has been very positive and we were able to set the right momentum to get more people onto bikes in the future,” Eurobike Project Leader Dirk Heidrich said about the new concept. Over 3000 bikes were available for test rides in the Demo Area. On top of that, there were shows and performances with stars from the bike scene, live concerts from internationally popular bands, and plenty of presentations and workshops as well as races, excursions and parties. Anne Schmidt from bike manufacturer Croozer says: “The consumer days are very important to us – aside from the fact that it is just fun to show the products to users. That’s what it was absolutely clear to us that we would participate in the two consumer days.”

The 26th Eurobike will take place from Wednesday, August 30 to Saturday, September 2, 2017.

Want to ride in Europe? Plan ytour holiday with HOLIDAY ON BIKE!

All information and photos by EUROBIKE Team at Messe Friedrichshafen