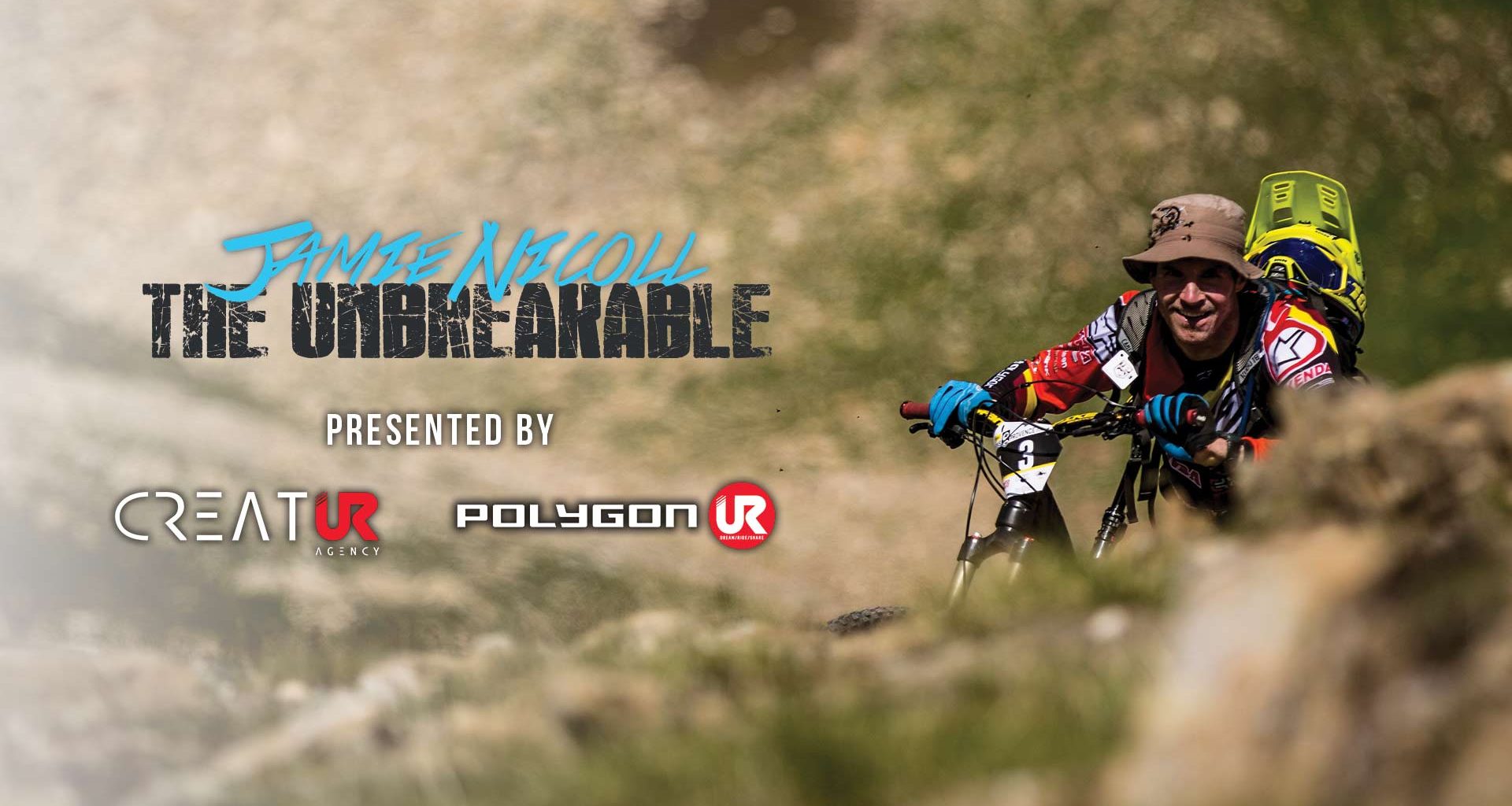 A TRIBUTE VIDEO – FROM HIS CATASTROPHIC

ACCIDENT IN 2010 TO HIS STEADY CLIMB TO

During a mountain bike trail building session, Jamie Nicoll got into an explosive fire accident that the doctor declared that he had only a 10% chance of survival. The iron-willed man survived and even pulled himself back into shape and is back to racing enduro with the Polygon UR Team. This video pays tribute to his road to recovery and beyond.

A RACER, ADVENTURER AND SURVIVOR!

The accident at Pantagonia, Chile didn't kill him, and he emerged stronger. Jamie –  true racer, adventurer and survivor in our opinion – is now actively racing enduro again.

Jamie was operating a jackhammer and trying to widen a ledge when the tank in his jackhammer malfunctioned with a pressure build-up which eventually ended in a fiery explosion. He was then left dangling on a rope that he was attached to and had to work his way back up to the ledge. With a badly burned body, he then trekked 3 km to the nearby lake to wait for help. He was eventually picked up by a military helicopter and sent to a nearby hospital.

With 35 percent of his body suffering third-degree burns, Jamie spent 5 weeks in intensive care and another 2 months in a Chilean hospital, going through 18 operations to repair his damaged skin. He recalled the extreme level of pain he had to endure during that period. After his discharge from the Chilean hospital, he spent another 10 months back in New Zealand as an outpatient to undergo more operations and intensive rehabilitation. And then it was another year for recovery and some more operations.

With cross-country and downhill racing experience since 1995 and his iron willpower, he got back into the racing scene about 2 years after the incident.

In his own words:

"Of course, I was wearing a safety harness and ropes to work on the edge and was left hanging from the ropes after the explosion. I was basically now a ball of fire, a human flame if you like.

At this point self preservation kicks in automatically. I was able to swing back to the ledge, and I ran to the nearest creek to try and cool my body down. I guess I was actually melting. I then ran three kilometres to a nearby lake to wait for help, before I was picked up by a military helicopter and flown to the town of Coyhaique.”

THIS VIDEO IS ABOUT THE UNBREAKABLE JAMIE NICOLL!

Jamie Nicoll – Unbreakable | This is UR world from UR Team on Vimeo.

All information and video by Polygon UR Team