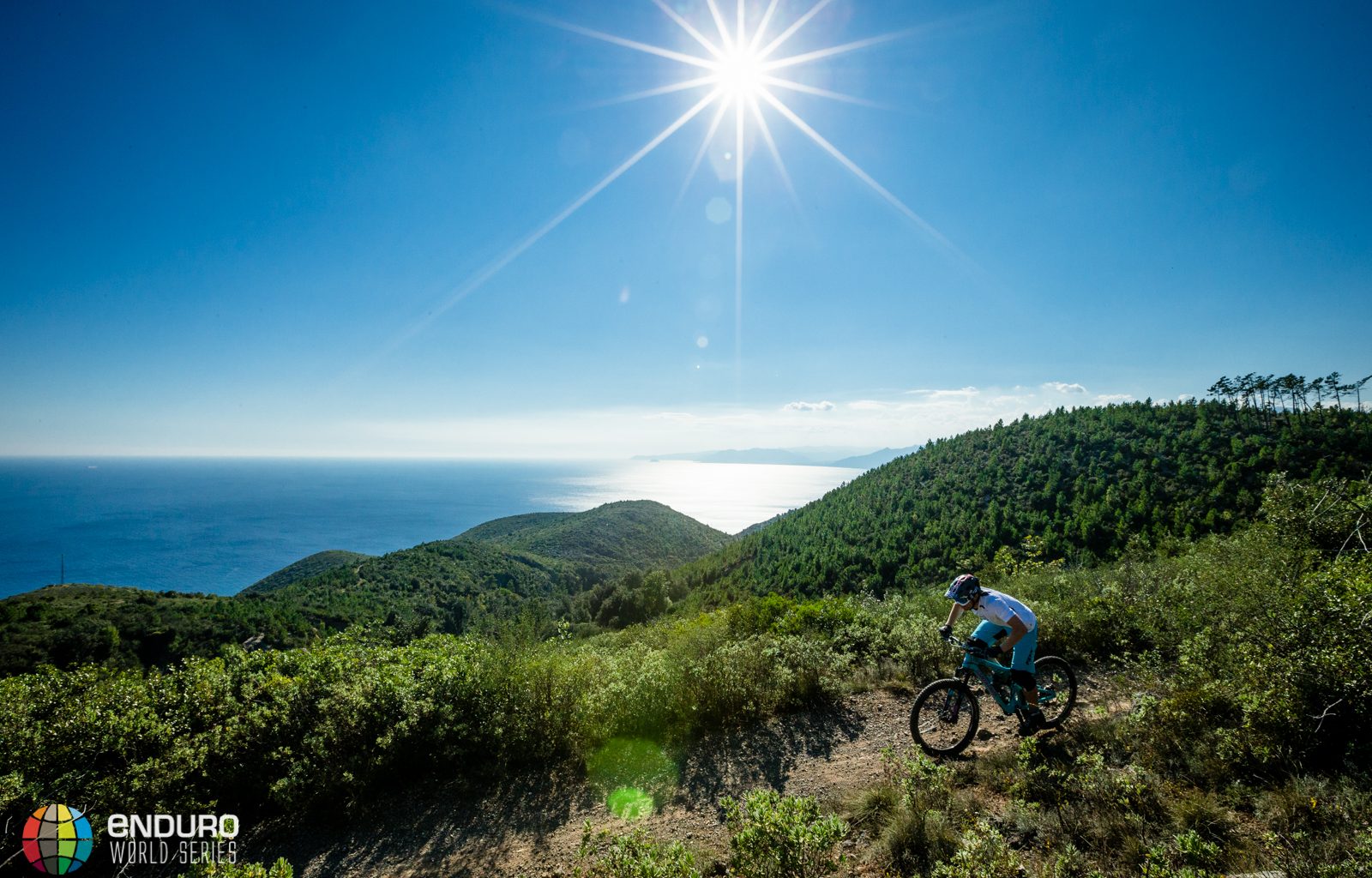 After seven rounds in seven countries across three continents, the Enduro World Series has come home to Finale in Italy for its eighth and final race of the year – Superenduro powered by SRAM. In just a few days, on the shores of the Mediterranean, the 2015 Enduro World Champions will be crowned. All that stands between the riders and the trophies are two days, six stages and 4,330m of descent.

This year’s competition is incredibly close, especially in the men’s field. Despite Richie Rude’s (Yeti/ Fox Shox Factory Team) hat-trick of wins, there are still four men in contention for the overall. Richie leads by 300 points – but he can’t afford to relax just yet. Chasing him down will be Florian Nicolai (Rocky Mountain – URGE bp Rally Team) who’s consistent results all year have left him in second place. In third place is 2013 World Champion Jerome Clementz (Cannondale OverMountain) – and just ten points behind him is last year’s winner in Finale, Fabien Barel (Canyon Factory Enduro Team).

In the women’s race Tracy Moseley’s (Trek Factory Racing Enduro Team) domination continues, winning all but one of this year’s races. However right behind her in second place is Cecile Ravanel (Commencal Vallnord Enduro Team) – one mistake from Tracy this weekend is all it would take for Cecile to deny Moseley her third Enduro World Champion title. As in the men’s race, third and fourth in the rankings is separated by a mere ten points – with Isabeau Courdurier (Rocky Mountain – URGE bp Rally Team) and Anneke Beerten (Specialized Racing Team) in third and fourth place respectively and both fighting for a spot on the podium.

Last weekend’s race on the trails of Zona Zero in Ainsa-Sobrabre saw a stage cancelled because of torrential rain and flash flooding and it looks as though the weather may have a part to play in this weekend’s race as well. With a storm on the horizon it looks as though heavy rain could be set to make a rare appearance in the usually sun drenched resort of Finale  – which could make these rocky, technical tracks challenging for the racers and possibly throw up a few surprises in the results.

In the U21 Men Category young Frenchman Adrien Dailly (Lapierre Gravity Republic) has the title all sewn up after his four wins this season. Likewise Axelle Murigneux has already won the U21 Women title and in Master’s Woody Hole’s outstanding season will see him walk away with top honours.

Enrico Guala, of Supernenduro and the Enduro Mountain Bike Association, said: “Finale is going to be amazing for many reasons this year. Finale Ligure acts as a way to present the Finalese area, an incredible inland territory where the six stages are hosted and each of the stages has a different flavour. I feel like this year we have really found a way to incorporate all the different areas and their characters into one race. Finale isn’t just the town of Finale Ligure, it’s all the incredible towns, villages and areas around it too – that’s what makes this place so special.”

Chris Ball, Managing Director of the Enduro World Series, added: “Finale is just an amazing place to ride, that’s why we keep coming back here. The local riding community is so passionate and continue to develop and build new trails all the time, so despite returning every year we know that it will always feel fresh and exciting. The 2015 season has been incredible and I can’t wait to see how it ends this Sunday when we name our new World Champions.”

All information, photos and video by Enduro Workd Series