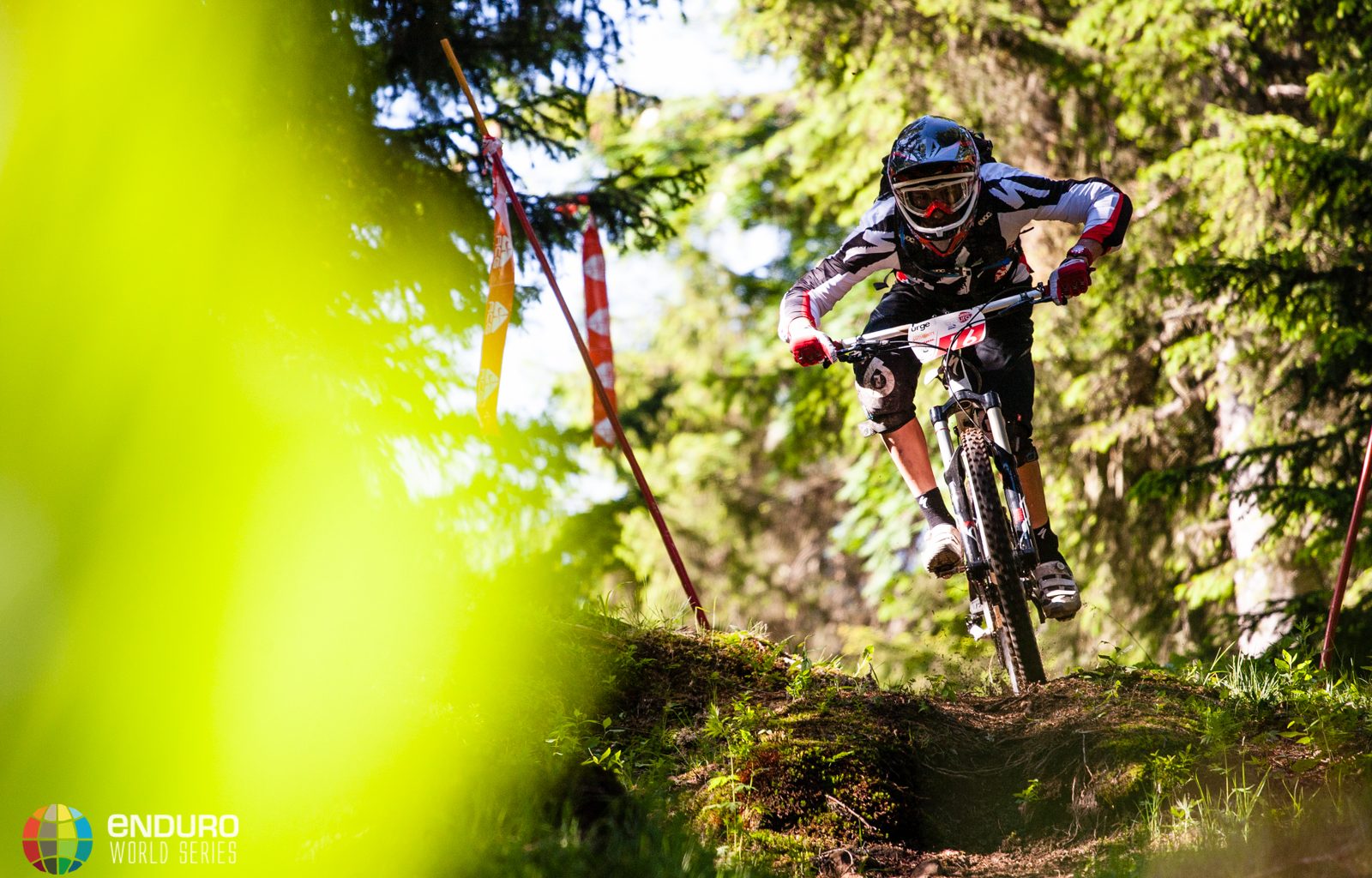 After a six week break, the Enduro World Series is back – and for round four it’s back to the sport’s spiritual home – France. How do the riders fare for this round? Hear what the organizers say and this round's result!

The Samoens Enduro World Series driven by Urge Bike Products offer riders a taste of classic French enduro. Steep alpine descents are coupled with a combination of pedal and chairlift assisted liaisons – but in keeping with the country’s traditions, riders only got one practice run for each stage.

The race course has been closed all week before the race and the only glimpse riders got of the trails before the weekend was during an on foot inspection of stage three. Then it’s just one practice run of each stage before they head out to race them on both Saturday and Sunday. This format always makes for tight and exciting racing – with tactics playing a big part as riders must balance caution and speed. Add to that Samoens’ reputation for wild, unpredictable weather and the weekend was nothing short of spectacular.

THE HEAT IS ON

Adding to the excitement was the return of reigning World Champion Jared Graves. A shoulder injury forced the Australian to miss the first three rounds of the series, but he’s back in the saddle and on form – winning a round of the Big Mountain Enduro series in the States only 2 weeks ago. He seems ready for a strong comeback in order to boost his position in the overall points battle – but he’s up against some strong competition.

Current series leader Justin Leov took his first EWS win at the last round in Scotland, and will be looking for more of the same, especially as closest rival, second placed Greg Callaghan, is out with an injured hand. Florian Nicolai sits just 20 points adrift of Callaghan in third and will be itching to put in a good performance in front of his home crowd. As will fellow countryman Francois Bailly-Maitre who is back from injury and looking strong – he won the La Thuile International and has won French series races in Samoens twice before.  And you could never discount Jerome Clementz and Fabien Barel from the top spot either. Although notable by his absence is Damien Oton, who is forced to sit out his home round with a broken ankle sustained in Scotland.

In the women’s race series leader and current World Champion Tracy Moseley will be looking to fend off Anne Caroline Chausson and Cecile Ravanel as they try to make the most of their home advantage – although Tracy has won here in the past. Fellow Frenchwoman Isabeau Courdurier is also having a very strong season and is definitely one to watch this weekend.

The race is organized by none other than Fred Glo – the godfather of the sport with over ten years of enduro experience under his belt.

Fred said: “Mountain bike enduro was born in France over ten years ago. That’s why the French round of the Enduro World Series is always a special moment in the season.

“The resort of Samoëns was chosen in 2015 for its terrain and because its trails are some of the best – but also most difficult – trails in France. We’ve been organizing rounds of the French Cup – Enduro Series here for the past three years and despite occasional difficult weather conditions the racing and enduro spirit have always shone through.

“It’s with both pleasure and pride that we’re introducing racers to the exceptional Giffre Valley. I wish everyone a good race and most importantly that they have lots of fun and create great memories.”

Chris Ball, Managing Director of the Enduro World Series, added: “It’s always a pleasure to visit France and the high mountains of the Alps with Fred and his incredibly experienced team. It’s not only where enduro was born, but it consistently produces some of the best riders in the world. I have always been told that the trails in Samoens are amazing too, so combined with the rich history here, you know we’re in for something special. Roll on the weekend.”

AND THE RESULTS FOR ROUND 4!

All information and photo by Enduro World Series