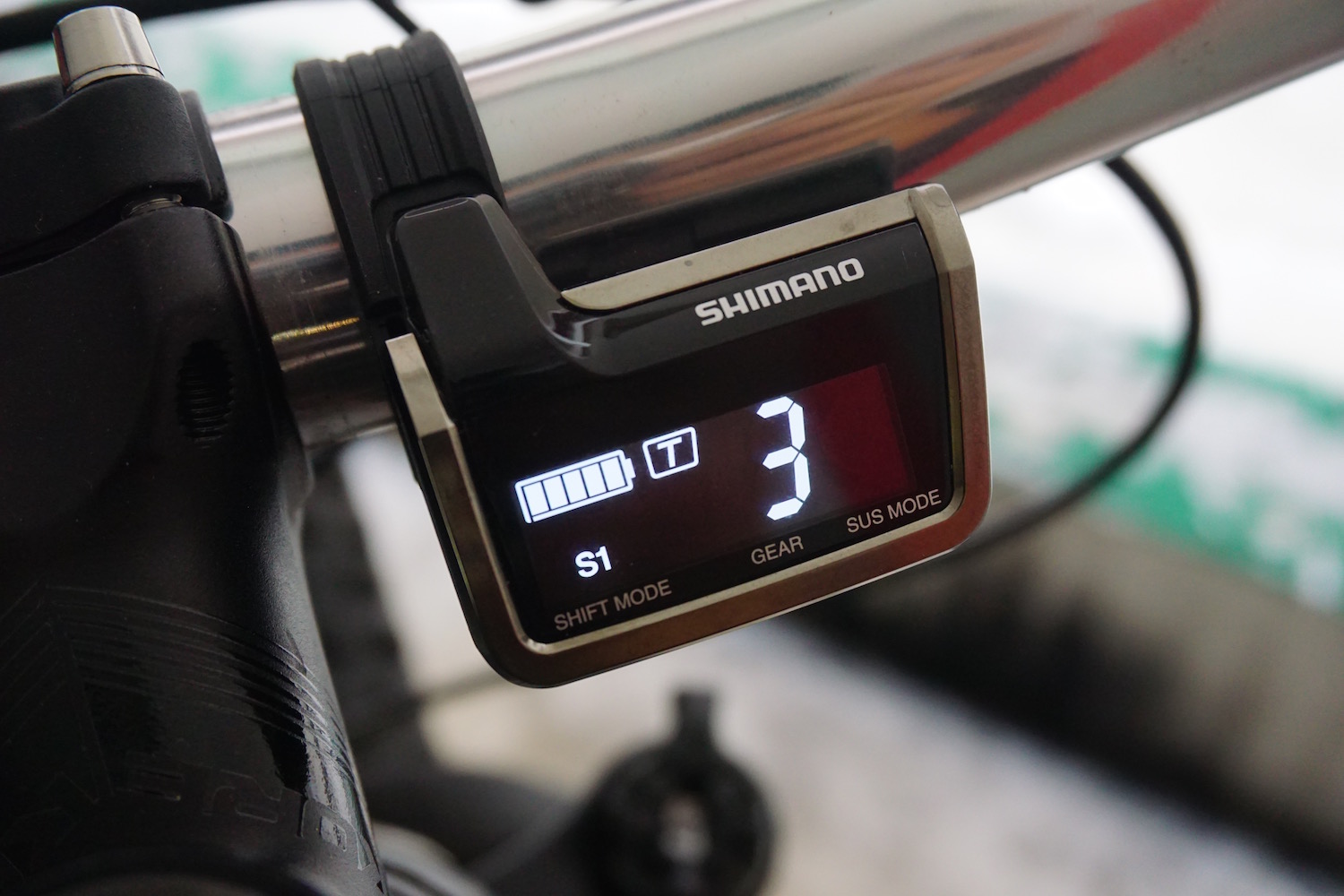 (Identifying the Di2: Note the distinctive ring of the Di2 Deraileur Switch around the handlebar?)

We’ve seen it on road bikes, but then when it came to mountain bikes, there were a whole host of mixed opinions. Some were happy for the opportunity to slap on some shiny (not to mention rather high-tech) new toys onto their bikes, while others cried foul against the need for electronic assistance to what may seem to be an increasingly perfected mechanical system. Both camps have their specific views on the matter. Is the XTR Di2 a game changer? Will it impact and re-mold the future of mountain biking? We've put these shiny high-tech toys to some local tropical testing and here's what we think.

Let's be frank. The Shimano XTR Di2 is a piece of modern technological art. It comes to us in a sleek, superbly crafted form with a beautiful gun metal finish – the kind of stuff that sexy big boy's toys are usually made of. The extra parts needed for the Di2 to run as opposed to a conventional mechanical set up are just a Di2 Display Unit and a battery case which houses a lithium-ion battery and a relay junction unit (known as Junction B). The other parts that make up the full XTR Di2 set includes the usual essentials – the front and rear switches and deraileurs. [Shimano calls them "switches" now. As reflected in their part numbers – SW (switch) rather than SL (shift lever)]

The Di2 display unit works like the dashboard of a vehicle where all the information needed from the highly programmable system is displayed. For the biker, this would mean battery life, current engaged gear and shift mode. The display unit also houses the charging point for the whole system.

The battery unit consists of a lightweight casing that houses a lithium-ion battery and the above stated Junction B. Junction B is the  brain of the system and controls all the shifting works. The XTR Di2 is fitted with a stronger motor as compared to the other Shimano Di2 systems (Dura-Ace and Ultegra) so as to maintain its precise shifting in all riding conditions.

Programmability seems to be a very obviously unique selling proposition for the Di2 system. While a rider can use the Di2 like a normal mechanical system – for days when you just want to get back that simple old school cycling feeling, the Di2 really shines when the topic goes to quick precise and progressive gear shifting. Specifically, that means: programmed shift patterns for climbs and descents and the much raved about Synchronized Shift.

The XTR Di2 is currently "one-up" against other 11 speed drive-trains in the market – it comes in 1×11, 2 x11 and 3 x 11 choices. On top of this, the levers for up and down shifting, which are traditionally fixed, are now also programmable.

In custom program mode, the XTR Di2 can be programmed to shift in a pattern that suits an individual cyclist. The cyclist could, in essence, customize one set of shift pattern for climbs and another for descents.

RIDING WITH THE Di2

The XTR Di2 is currently a hot topic amongst cyclists, and bikes fitted with them immediately earn the spotlight of attention for miles around. We charged our test system up nice and full, and conducted testing runs on all the available trails in Singapore for about a month. During this time, it was subjected to different riding styles, different weather conditions and our local brand of undulating bumps and jumps. Our verdict is as follows:

Initially, we had the impression that the XTR Di2 would be more "fragile" than the other XTRs. But as we went about our riding, we did not need to make any compensations. The system worked just as advertised, if not better.

There was also no problem with wet weather (which is undeniably a staple) or washing the bike. We sprayed water over the whole bike, XTR Di2 included and there were no visible cosmetic not operational hitches. We did not encounter many rainy rides during our test period though, so there’s some room for further discussion and exploration in that particular department when it comes to durability.

(The battery case which houses a lithium-ion battery and a relay junction unit (known as Junction B) is slim and light weight. And it does not obstruct fitting of a bottle cage)

We like this shiny new toy – the XTR Di2.

It offers a solution to using 2×11 and 3 x11 drive-trains with the elimination of "repeat" gears. We like to call it -"Precise and Progressive".This is especially useful for racers and serious cyclists. In our opinion, those who still prefers the 1 x 11 combo need not consider adopting the  XTR Di2 system.

While it could be a chore having to charge the battery, one full charge can last as long as 2 months if we ride 2-3 times a week.

The extra weight from the battery unit and display unit is almost negligible – about the  weight of adding a portable air pump to the bike. (We did not weigh the battery unit on any weighing scale but during installation, it felt lighter than a typical handheld air pump to us). On the other hand, water-proofing the electronic joints are good precautions to observe.

The XTR Di2 is currently still a product reserved for the sponsored racers, the more affluent riders and the techno-early-adopters. But with Shimano's technology trickle-down tradition, we are hoping to see a more affordable version of the Di2 in the near future. And till then, maybe there would be more converts to the electronic shifting options for mountain biking. Meantime, the XTR Di2 would still be enjoying its status as the "most interesting shiny new toy" in the mountain bike community since the introduction of the 1 x 11 drive train.

(Ed: We can't resist not saying this: GRAB YOURS if you can afford it!)

Product tested with permission by distributor