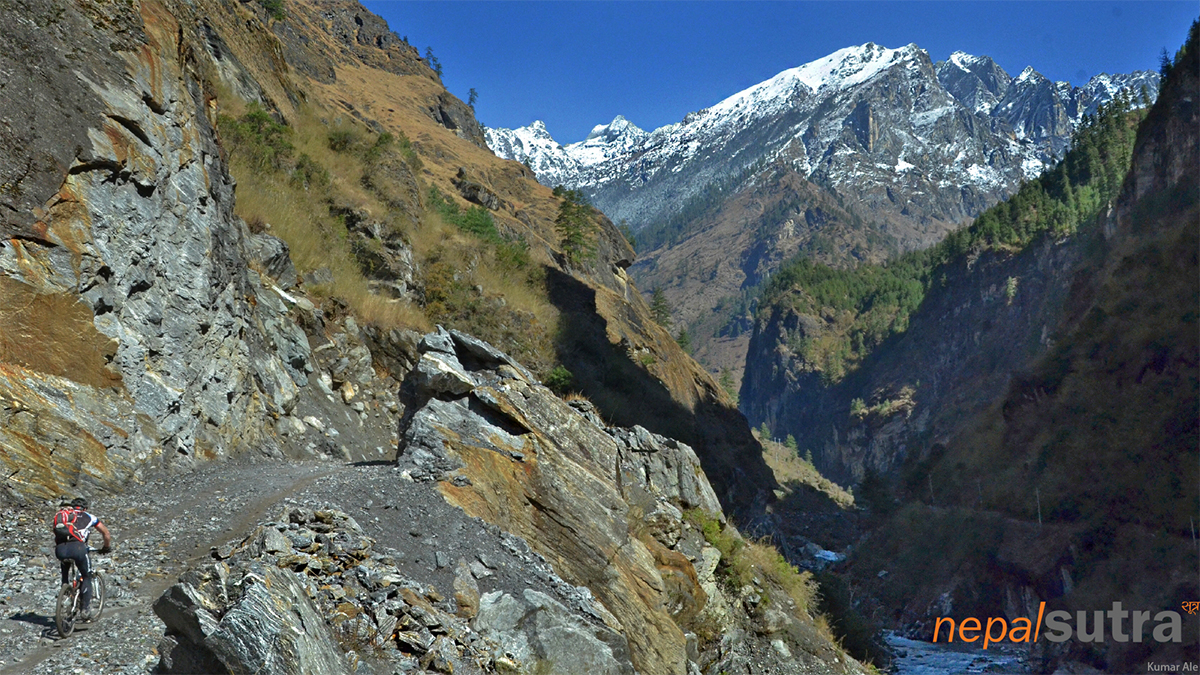 The famous Yak Ru – Annapurna Challenge will be back for another season on 22 April 2016. For those who had thought about taking up this challenge of a life time, there is still time enough to start your intensive training. For the rest who are uninitiated, how much do you know about the Yak Ru – Annapurna Challenge? Read on for the full details. And that may help you better to make your preparations for this race – if you decide to join.

YAK RU IN A NUTSHELL

Yak Ru is among the toughest staged races in the world. The five-stage race covers 240 Kilometers and ascends to an altitude of 5416 meters in just 5 cycling days. One rest day is scheduled at a high altitude location to acclimatize before crossing the Thorong-La Pass. This is an extreme mountain biking race that requires participants to be prepared physically and mentally. Participants will be tested to their limits by the extreme weather elements such as cold, rain, snow blizzards, heat, dust and anything else this unforgiving environment could throw at the racers. The altitude and terrain will test their wits as they negotiate the slippery icy tracks while carrying their bikes in the darkness crossing the formidable Thorong-La-Pass at 5416 meters above sea level. But it is not just downhill after that – the competition is as fierce as the climate and every racer will face off against an elite group of competitors. This is how Yak Ru is like. Grueling!

After the competition ends at an altitude of 3700 meters, participants will enjoy a two-day group ride along the semi-desert terrain of the legendary Mustang Valley. This unique, world class touring opportunity is a bonus for the participants in the Yak Ru Race.

The world famous three-week long Annapurna Circuit trek has been reduced to just one week after the jeep road reached Manang from Besi Sahar and Muktinath from the other end, Pokhara. Trekkers enjoyed crossing the Thorong-La pass (5416 meters) after walking and acclimatizing for a week when they started on either starting point of Dumre or Pokhara before the roads invaded these age old mountain villages. Crossing over the 5416 meters tall pass situated at the border of Manang and Mustang district is still the highlight of this trek for many as this truly tests one's mental and physical abilities. On this side of the pass, in Manang, the traditional village of Ghyaru inhibited by Manang people gives the visitors a sense of being in the medieval times. Time seems to have remained in a capsule for this village. On the other side of the pass, across Muktinath in Mustang, lies another stunning village of Lubrak, equally ancient looking and away from civilizations. These are the villages worth protecting from the modern ills of road access. For most of the other beautiful villages such as Pisang, Braka, Manang, Kagbeni and Marpha it is already too late to protect the old charm. This stunning trekking trail called Round Annapurna was pretty much the backbone for the communities alongside the trail. In the eighties, nineties and most part of the millennium, this trail saw huge influx of trekkers. The tourism brought much needed prosperity and opportunities to this beautiful but hard to reach land.

HOW DID YAK RU STARTED

The tourism development brought several opportunities in terms of improved sanitation, schools, better living condition through improved trade opportunities, employment opportunities for the locals. Now the very physical development of road access is also threatening to reduce the tourism opportunities in this beautiful region. Trekkers cut short their holidays in this region by more than half as the road access has cut down several days of trekking. The rapid pace of hydropower development through activities of building massive river dams is also threatening to keep tourism away in large areas of this region. The river Marsyangdi which has been the life line of the civilizations in the Manang and Lamjung districts has now been dammed and diverted via tunnels in many places threatening the natural and fragile mountain eco systems of the region.

What can be done to mitigate the risk of losing tourism from this region all together? The tour operators in Nepal pondered hard and came up with the simplest of ideas. That is to start the age old trend again!  People came to this region to walk and be with the nature. So they decided to reintroduce them these forgotten trails. These walking trails were abandoned after the introduction of the Jeep roads. They then decide to run their Mountain biking races via these forgotten trails to highlight and reintroduce these trails to trekking communities. They hope their race would garner enough awareness regarding these trails and the lost trekking charm will be reestablished in the region again. They are also devoting their race to one of the most unspoilt village enroute Annapurna trail, Yak-Ru. It is now called Ghyaru. They dedicate the mountain biking stage race to this village and call it,  "YAK RU."

– To establish the foundation of a potential Mountain Biking Academy

From our point of view, we feel that the international publicity Yak Ru made for Nepal will also improve its tourism awareness.

Since the series of earthquakes that struck Nepal between April and May 2015, Nepal is in serious need for assistance. While much effort had been pouring in, a lot more is needed to help rebuild the country. Tourism is one avenue that the country can tap on for a steady stream of income. This goes to say that Nepal should be rebuilding the essential infrastructures and at the same time immersing themselves in a race against time to establish as many tourist routes and destinations as possible.

PREPARING FOR THE RACE

Let us repeat this – Yak Ru is not easy! With this statement establishing the high standard of the race, it goes to say that much preparation physically and mentally would be required.

Firstly, high altitude training or exposure is recommended prior to joining the race. Good mountain biking skills are also a must as the terrain would be varied, loose, steep and sometimes gnarly.

On the part of health, fitness and wellness, a proper diet that ensures appropriate nutrition to the body, eating and sleeping habits and fuel efficiency are all important to needs a program to start its cultivation, starting now.

Each stage rides anything from 20 – 60 km, with some stage having sections that are not rideable and trekking with bike is required. The actual distance gained may not sound like much but the altitude gain is a different story altogether – a total of 5416 meters! Click here for the full itinerary.

We were told that there are plans for lighter version of the Yak Ru Race soon. It would not be a race anymore but more like an introduction of what Yak Ru Race is about. and how it feels to be fighting with the elements as well as fellow racers. So for those who are not ready to join the full race yet, stay tuned for the various "light" versions.

For those joining the Yak Ru – Annapurna Challenge 2016, you can still make it for the early bird registration if you book before 31 August 2015. Email them to book now!

All information and photos by Dawn Till Dusk Pvt. Ltd. and Yak Ru