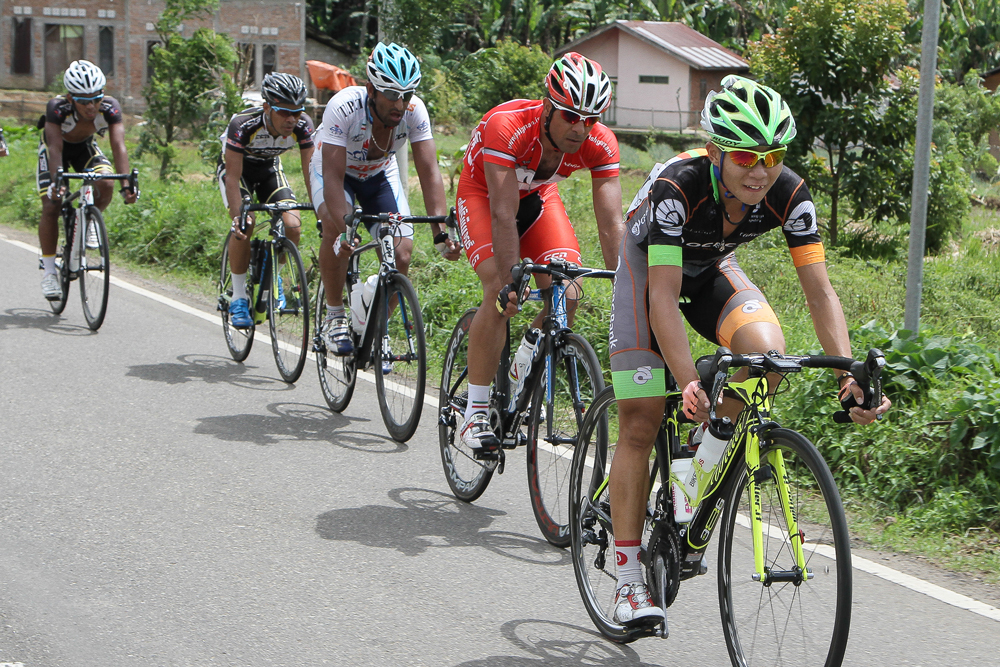 THE OCBC Singapore Pro Cycling Team has established themselves as a clear threat in top regional races, as Cameron Bayly came within a whisker of capturing a win in Stage 3 of the Tour de Korea.

The 23-year-old Australian completed the 161.1-kilometre stage from Muju to Gurye in a time of 3:47:33, together with stage winner Juan Jose Ugalde from the Burgos-BH cycling team from Spain.

Thomas Rabou and Eric Sheppard also put on a stellar performance. The duo finished within the lead peloton, and was credited with the same timing as Bayly. Both OCBC Singapore Pro Cycling Team riders secured a top-20 placing, coming in 5th and 12, respectively.

His teammate Lee crossed the finishing line in 4:45:45, coming in 80th place.

The two riders are all that remain of an OCBC squad which was decimated by a brutal start to the race.

Hometown favourite Jang Chan Jae continues to impress with his amazing form in the fourth stage of Tour de Korea, by breaking into the top-10 on the stage in three out of four attempts at this year's Tour de Korea.

The OCBC Singapore Pro Cycling Team rider crossed the finish line with a timing of 5:09:14, coming in in 5th place. Junoh Kwon from the Seoul Cycling Team won the stage in the same timing as Jang.

On the road from Gurye to Gumi, Jang attacked five times out of the last 10-man break as the gap between the break and the peloton dwindled. But the attempts of the 25-year-old over the 208.2-kilometre course did not materialize into a win. The entire peloton narrowly missed out on catching the break, ending up just 21-seconds behind at the finish.

Goh has put up a tough fight so far, and stands in 13th place in the Classification for Asean Category, and 37th in the General Classification (GC) Category.

Lemuel Lee crossed the finishing line in 2:33:12, coming in 90th place. Lee is placed 49th in the Classification for Asean Category, and 93rd in the GC Category.

The OCBC Singapore Pro Cycling Team are no strangers to the podium, and they've made a familiar return to the top placings at the Tour de Korea, with Ronald Yeung capturing second place in Stage five of this year's race.

Michal Cuming from Great Britain’s Rapha Condor JLT Team narrowly pipped Yeung on the final stretch to earn the stage win. Cuming and Yeung were credited with the same time of 3:02:49 in the 137.8-kilometre stage from Gumi to Yeongju.

Over in Indonesia, OCBC rider Lemuel Lee who soldiered on for five stages of Tour de Singkarak, was one of the four riders who did not finish stage 6 of the Tour de Sinkarak.

This leaves Goh Choon Huat as the lone OCBC rider left in the race. Goh completed the 111-kilometres stage from Central Market – Padang Pajang, to City Hall – Solok City with a timing of 2:39:16, coming in 35th place. He was 1:28 behind stage winner Kohei Uchima from the Japan Cycling Federation Team.