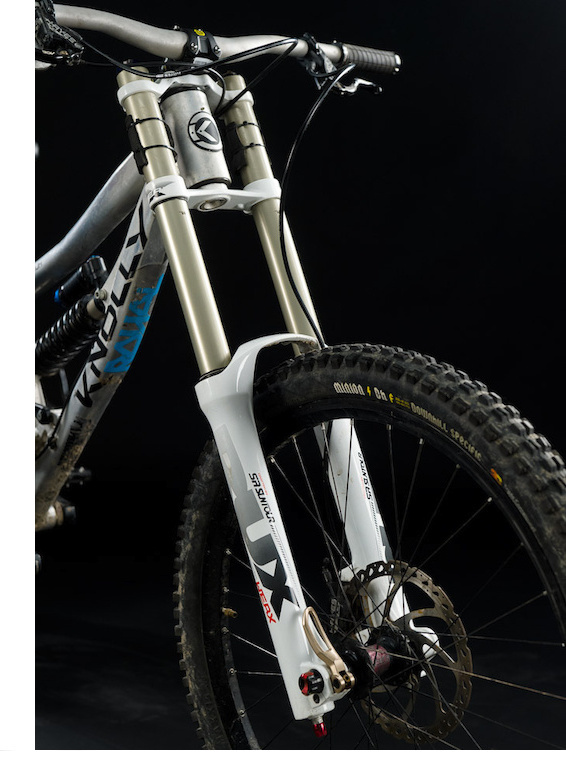 Bikezilla is giving away a Suntour Epicon RLRC 26-10 W Fork as lucky draw prize and the draw date is nearing – 15 June 2014 to be exact. With less than 10 days to go, it is a good time to talk about this brand that we see so much of in bikes of all budgets since 1987

Over the past 25 years of SR Suntour history, it's clear that they have been through a lot of changes. From the original small company they have grown to be one of the world's biggest bicycle components suppliers. Their engineers have seen the drive train develop from single speed to completely sealed gear box systems, from the basic stiff front fork to an innovative suspension fork featuring an electric controlled lock out. Ever since SR Suntour started developing new and innovative products, one key aim has been guiding all their ideas, thoughts, feelings and actions, namely: QSP = Quick Service Product. the guys at SR Suntour want people to enjoy riding their bikes! Not to get angry about repairing them. In keeping with this philosophy, all SR Suntour suspension fork products are based on "easy to replace" sealed cartridge systems. SR Suntour is also one of the leading companies in the bicycle business when it comes to magnesium and alloy injection molding technologies. With development teams based in Taiwan and China and assisted byEuropean and North American units, they work closely with a team of professional riders to ensure that what started out as a drawing reaches the road and trails.

THE PINKBIKE INDUSTRY AWARDS: COMEBACK OF THE YEAR

IN 2013, SR Suntour was awarded Comeback of the Year by at the Pibnkbike Industry Awards. This is what Pinkbike said about the brand:

"The sport of mountain biking owes much to Suntour. The Japanese drivetrain maker was instrumental in assembling the first production component group when the mountain bike was in its infancy. Suntour's show of support was desperately needed at that moment in time, and it could be argued that it was the availability of a mountain bike-specific component group and not a bike brand that launched the fledgling mountain bike industry. Suntour's dominance in the 1980s was a brilliant, but short lived flame.

When the sport reached its zenith in the early 1990's, the name had all but passed into obscurity. Resurrecting a brand in the hyper-image-conscious society that we call the bicycle industry is a monumental exercise in labor and humility, but it can be done. Suntour joined with Sakae Ringyo to become SR Suntour and began the long march back to mainstream mountain bikes, armed with an enviable working ethos, a modest ensemble of affordable OEM components and a brand new suspension factory. With the announcement of SR Suntour's 25th anniversary in 2013 came the news that it had become the largest supplier of bicycle suspension forks in the world.

We chose SR Suntour as the winner of our Comeback of the Year Award because their storybook return was not the product of a Manhattan Avenue marketing campaign ramming a bunch of slightly better than average products down our throats, levered by a handful of World Cup podiums, earned by a mega-million-dollar Jumbo-Juice team. Rather, we picked SR Suntour because they became a suspension powerhouse by working hard and by innovating, improving and supporting their products – and because they understand that technology is only of value to those who can afford it. SR Suntour's conservative approach reflects the ideals of the original Suntour factory in Japan and assures us that SR Suntour will become the long-awaited third power in the mountain bike suspension game." (Repost from Pinkbike.com)

In recent years, as more individuals pick up cycling as a hobby, the inadvertent notion of buying the most expensive components and supping up the bike's worth to out-price, out-bling and out-shine the competition gets more common. And so more affordable brands like SR Suntour gradually became associated with only entry level bikes and many felt compelled not to be seen using such brands. But things are changing now. With professionals and outstanding sport personalities proving that SR Suntour can pitch its products' performance on the same platforms with the more expensive brands, and it also extremely easy to service, there is no reason to ignore this brand anymore. It's time to look at SR Suntour as a long-history renown brand that offers good products at good value!

All photos by SR Suntour