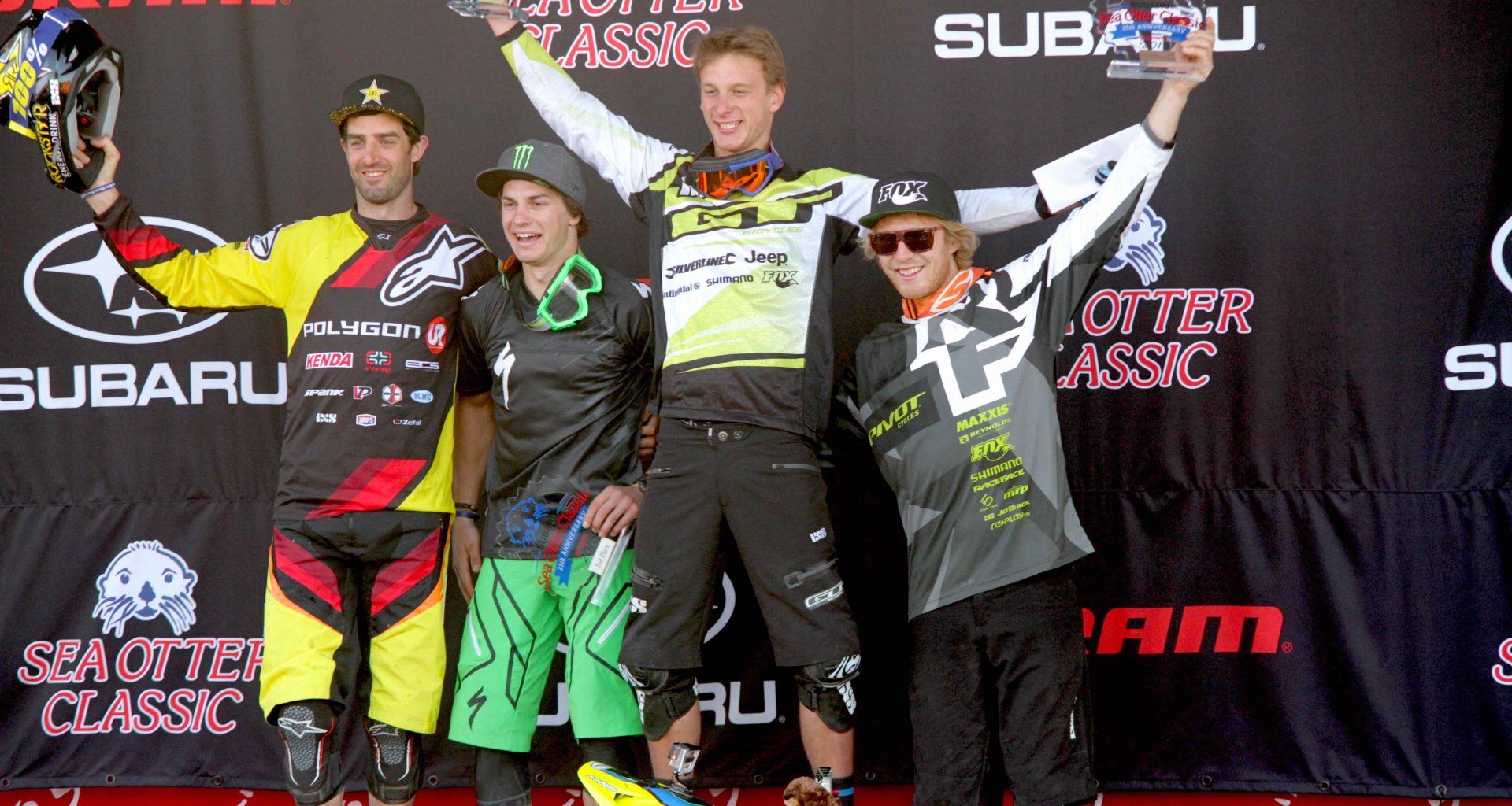 "FROM THE INSIDE" WITH

Here is the second episode of Polygon UR Team's new series "From The inside". This episode follows Andrew Neethling and Mick Hannah down the crazy Dual Slalom and the fast Downhill at Sea Otter Classic. Once again the Dual Slalom was all white-knuckled with its crazy spectators and super tight racing while the Downhill was faster than ever. For those who wants to know how the pros do it, watch this episode from the riders' POV. That's how the weekend went at Sea Otter Classic as experienced by the team – "From the Inside"!

Just after the first World Cup in Lourdes the team hopped on a plane and were off to Monterey, California for the Sea Otter Classic. Missing this event last year due to a timing clash with the World Cup, the team were happy to be back under the Californian sun and pumped to race the Dual Slalom and the Downhill.

There is not much practice at this event so Tracey, Mick, Andrew and Fabien got a chance to walk around the pits and met many fans.

The Dual Slalom was held on Saturday (18 April 2015), one of the main event of Sea Otter Classic and the greatest show of the weekend. The track was pretty much the same as the last few years and with the sun shining down hard, it was really dry. Tracey decided not to race due to her injured shoulder and to rest it to be ready to train hard next week when she gets back home. Mick qualified with the 3rd fastest time. Andrew had an average qualification with a 18th position, it would be a hard battle for him to pass more runs.

Both riders won the first round easily. Andrew had a tight fight against BMX Olympic medalist Mike Day but he was able to sprint hard and go on to another round. Semi final was against Martin Maes and Andrew couldn’t beat him. Martin won the Dual Slalom that weekend. Andrew then went against Bernard Kerr in a battle for the 3rd place. Although he fought as hard as he could, it wasn’t enough and Andrew took 4th place on the podium.

Sunday was Pro Downhill day. This track has few technical sections and the racers had to pedal most of the time making it a hard 2 minutes sprint. Mick had a good run but his hand was still swollen from his crash at Lourdes and finished the day with 8th position. Andrew finished 25th and Fabien 37th.

After their fun under the Californian sun, the team depart home for a month of hard training before Fort William World Cup at the end of May.

Check out the photo collection here.

Video and information by Polygon UR Team