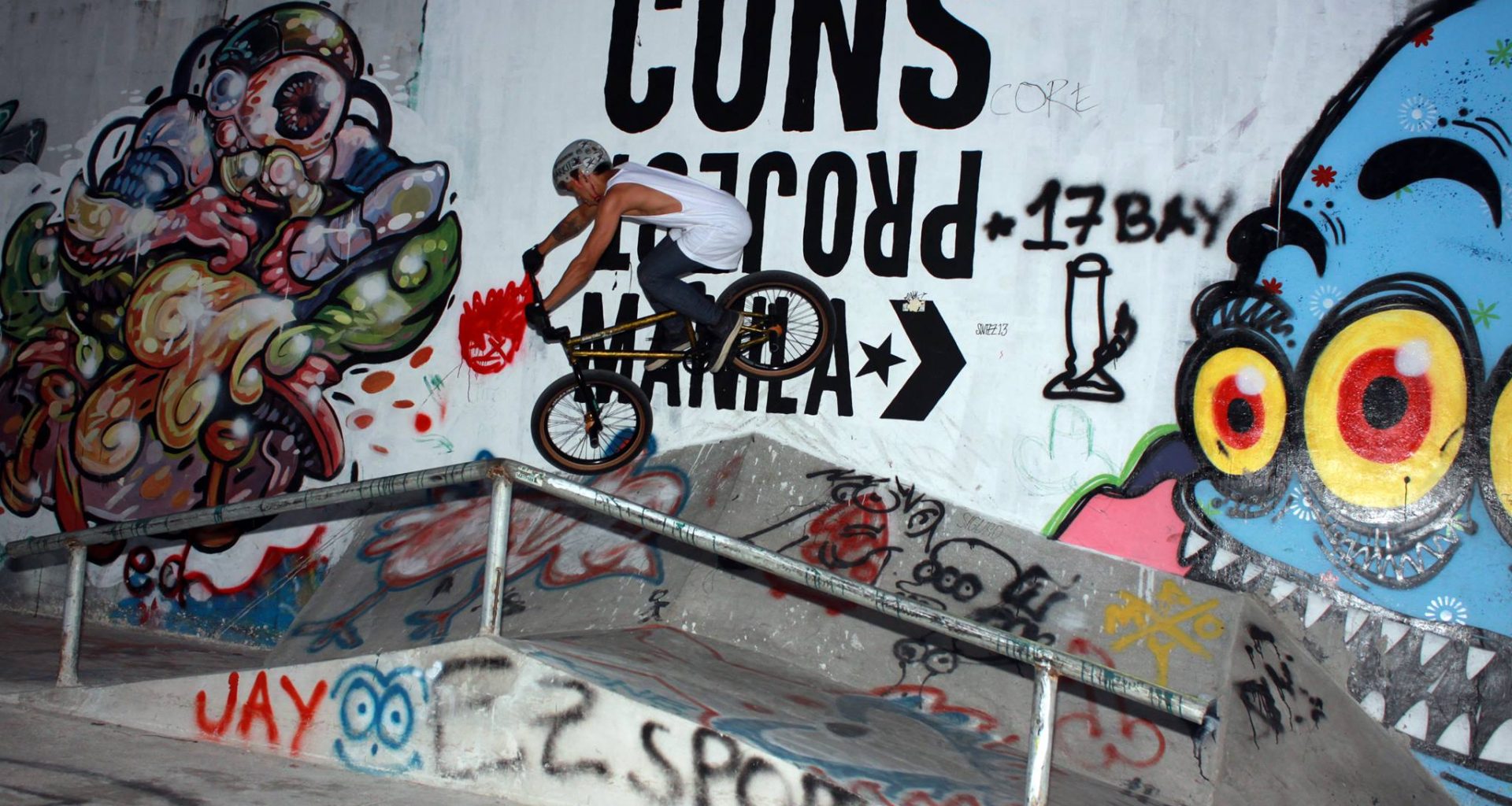 Riding the streets of Las Piñas and shredding the competition!

Those who know him personally regarded him as a good friend, big brother and mentor when it comes to BMX riding. For those who had not met Dan Lopez personally, meeting him for the first time may give some misleading impression about this BMX champ. With his small physique, his usual snapback with t-shirt and jeans styling, this 25 year-old looked younger than his actual age. But as soon as he mounts his bike, he transforms into a super-star on wheels. That's Dan from Las Piñas Philippines.

In a recent visit to Singapore, we had a brief chat with him about riding BMX. Dan prefers to show us how he rides with his video edits. We managed to squeeze some additional information from this unassuming rider who works at a tattoo parlour by day and shreds the BMX scene whenever he is free to ride. Wanna know more about Dan? Watch how he rides and check out his short interview with us.

(A quick look at the BMX scene in Las Piñas City)

GETTING TO KNOW DAN LOPEZ

Cycling Achievements (When we asked Dan to try to list as many of the competitions he joined and won over the years he started to ride competitively, we were pleasantly surprised that he came up with such a long list! Truly a professional and a champ in our books!):

(Interview of Dan on how he started his BMX riding and about his winning streaks. In Tagalog)

WE TRIED TO ASK MORE QUESTIONS …

How often do you cycle?

4 times a week. I ride every weekend because those are my off days, and also on days that I do not have to work.

Tell us about your riding routine at Las Piñas City?

Las Piñas City is a small town, we have a little spot here called Pelota Skatepark which is near my house. We have many riders here and they are good at street riding. We also like to ride the streets at night. My local riding group – Scrapbikes – are like brothers to me. We show and teach each other new tricks all the time and it's great motivation. It always feels great to ride with them.

How do you go about attempting and learning a new trick?

First I watch videos on the internet. Then I search for the easiest and safest way on how to do before attempting it.

Can you recall how you learn your first trick? How difficult was it to you?

My first trick was the Bunnyhop. It felt so difficult to learn back then and my whole body aches after the practice.

Which do you prefer: park, street or dirt?

I would like to quote a line from Connor Lodes.

"I hate how BMX is so labeled these days. Street rider, ramp rider, dirt rider. No dude, I’m a bike rider. I ride everything. I love it, I grew up riding everything."
– Connor Lodes


What is the arrangement between Rayxtreme and yourself?

I will be participating in the RAYX Games every July. I am a rayxtreme rider now,  so I will be representing Rayxtreme for all the competitions I join here too.

If you could have one wish come true, what would it be?

To meet the ALL the Pro BMX riders around the world!


In your riding years, have you encounter any dangerous or near-death incidents? Please tell us more about it.

No, I am so thankful because its always just minor injury.

What is your advise to beginners who just joined the cycling world on how to attempt technical obstacles and trail features?

To start off on the right foot, just concentrate on enjoying the ride and don't be pressurized to overcome the technical obstacles or trail features. You will know when you are ready for them.

Dan's quote to all cyclists:

If you want to become a good rider, believe that and you will be! Start now! Don't spend the rest of your life wondering if you can do it.

All photos and video used with permission from Dan Lopez.