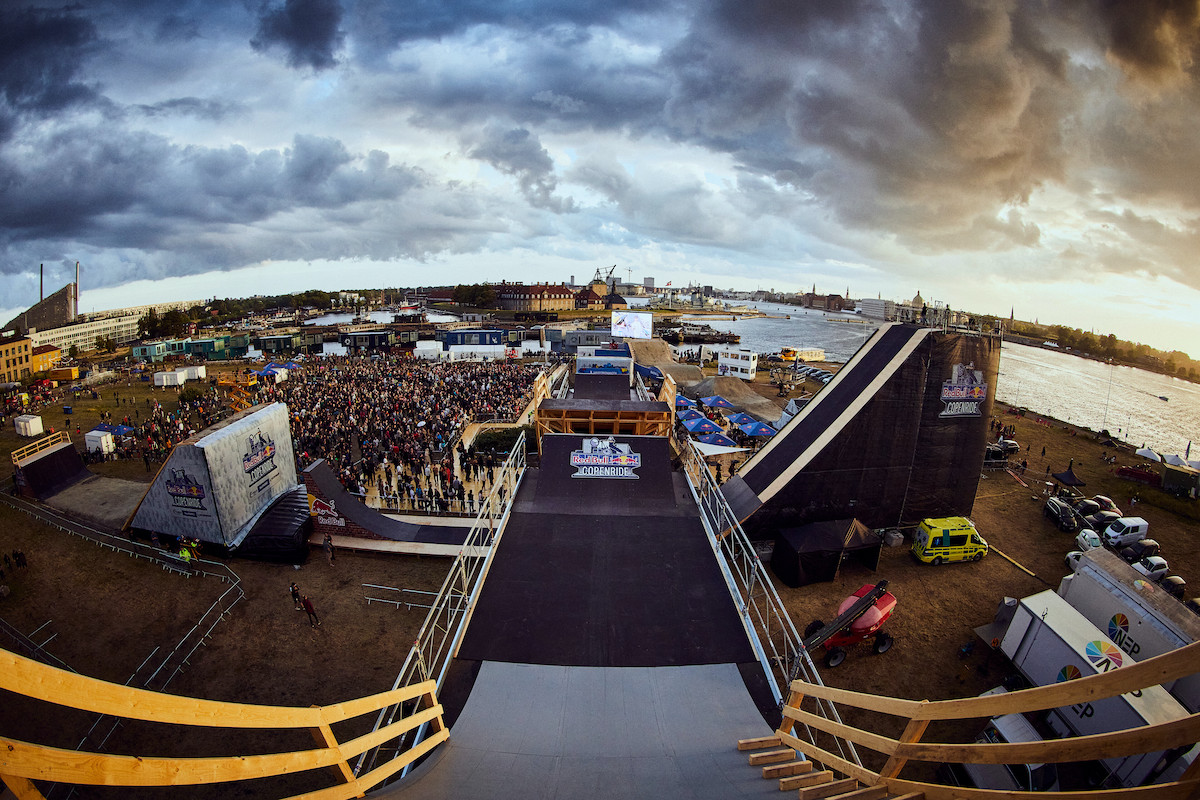 Sweden’s Emil Johansson continued his dominant streak in competition, leaving the 21 remaining riders at the inaugural Red Bull Copenride in Copenhagen to compete for silver in the weather-affected competition.
Total
0
Shares
0

Sweden’s Emil Johansson continued his dominant streak in competition, leaving the 21 remaining riders at the inaugural Red Bull Copenride in Copenhagen to compete for silver in the weather-affected competition.

IT WAS RAIN-LASHED IN DANISH CAPITAL

The world’s best mountain bike slopestyle riders had flown in from all over the world to compete in front of a live audience for the first time in a long while. The course was like nothing they would ever have seen before and the riders were excited to take on the majestic scaffolding at Refshaleøen, in the very centre of Copenhagen.

Unpredictable weather saw the competition forced to change, though. What was meant to be a two-day slopestyle extravaganza, attracting thousands of spectators, was minutes from being called off. However, the riders, marshalls and organisers came together and pulled together an event that went ahead and provided a thrilling spectacle for all.

Friday was all about qualification for Saturday’s final. Gusts of wind shook some of the riders and they were clearly having to fight to put together the run they’d planned, but as they went for their second run of the day, the riders seemed to have adapted to the ever-changing conditions. Polish wildcard Szymon Godziek stomped a run even he couldn’t wrap his head around, scoring a massive 94.66.

Then there was only one guy left; the Swede to beat, Emil Johansson. No one could stop him from taking the glory once again. Spinning both directions, showcasing his style and variety, he left the judges with no choice. A 96.33 popped on the screen and he deservedly took first place in qualis in front of Szymon Godziek and Nicholi Rogatkin in third.

Unfortunately Saturday’s final was over before it could start. Since early morning the rain had been pouring and the wind was howling. Instead, the riders came together and went all in for a jam session – Shimano Best Trick – in front of the large crowd that had shown up. And boy, did they go all in.

After hitting the Shimano Section for 15 minutes, Nicholi Rogatkin, Griffin Paulson and Alex Alanko decided to go for the 14m roll-in for the money booter after realising there was a helpful tailwind. And then the crowd went crazy. That inspired almost all of the riders to go for some hits – showing off one by one. The highlight of the weekend must have been Nicholi Rogatkin throwing his 1440, clean as a whistle.

THATS’ HOW BIKING SHOULD BE

As the Shimano Best Trick jam session came to an end, the 22 riders all came together in the riders lounge to cheer each other for putting on a show despite the conditions. It was a vibe, a spirit and a camaraderie they’d been missing for over a year.

Story and Photos by Red Bull