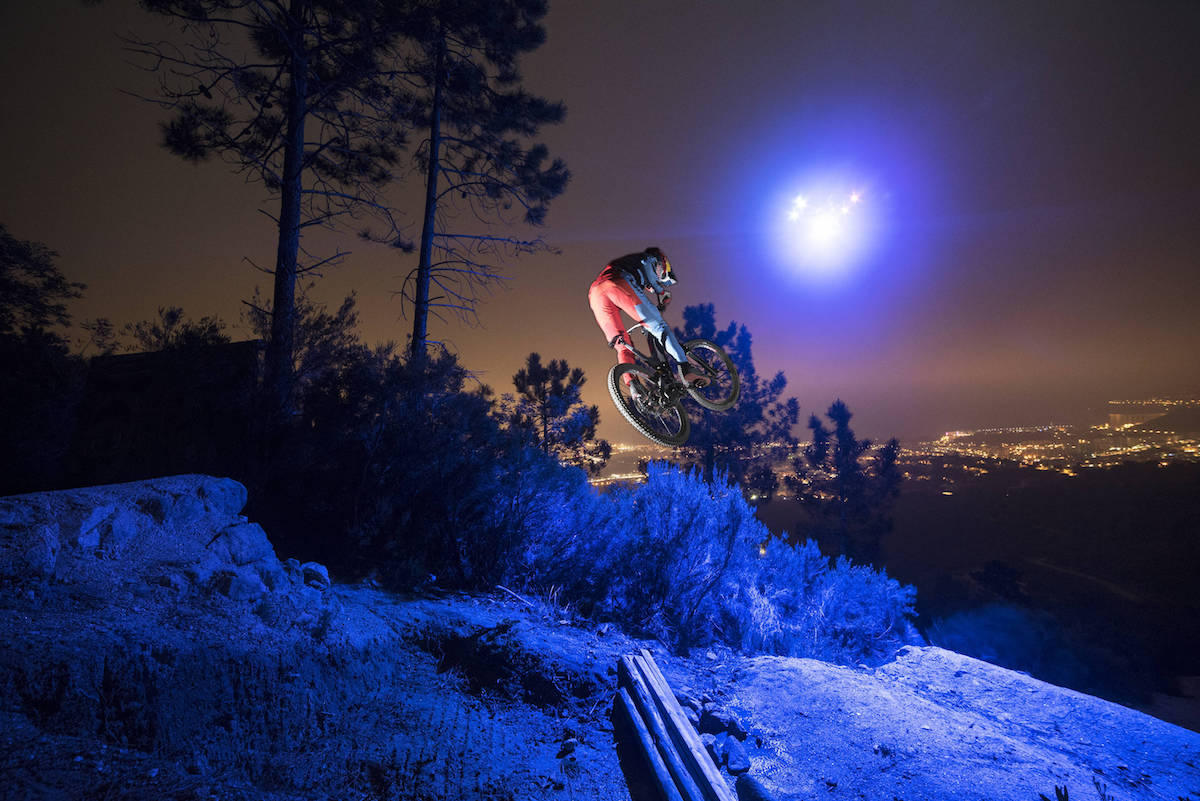 Loïc Bruni is fast building an enviable reputation as one of the most fearless downhill mountain bikers on the planet, which he has added to with his latest audacious project Night Chase. Watch the video.

The Frenchman followed his famous father Jean-Pierre into the sport and became 2012 World Junior Champion, his elite gold at the 2015 UCI World Championships in Andorra the height of his success so far. With the 2017 UCI Mountain Bike World Cup season now underway, the crowd favourite has released a breathtaking new film made by director Hadrien Picard on his Mandelieu home track.

Why try something new and daring in the daytime light when you can race an LED-equipped drone down the track under a full moon!

Starting out at 3am over the course of three nights, the charismatic 23-year-old punctuated the silence with a daredevil chase filmed by another camera drone behind.

Picard and his crew had to create the drone lighting from scratch for this unique project that cast huge tree shadows on the track. He explained, “technically it was a good challenge for everyone on the sport side and on the technical side.”

Locals might have been forgiven for thinking that aliens had finally landed in the South of France, but it was just Bruni pushing to the very limit yet again on two different tracks with just 15 metres visibility in front of him. Bruni revealed, “it was a little bit dangerous sometimes. It is really hard nowadays to innovate when you do videos.”

Check out the film to see how the Nice native fared ahead of the next UCI MTB World Cup downhill event on June 3-4 at Scotland’s Fort William course.