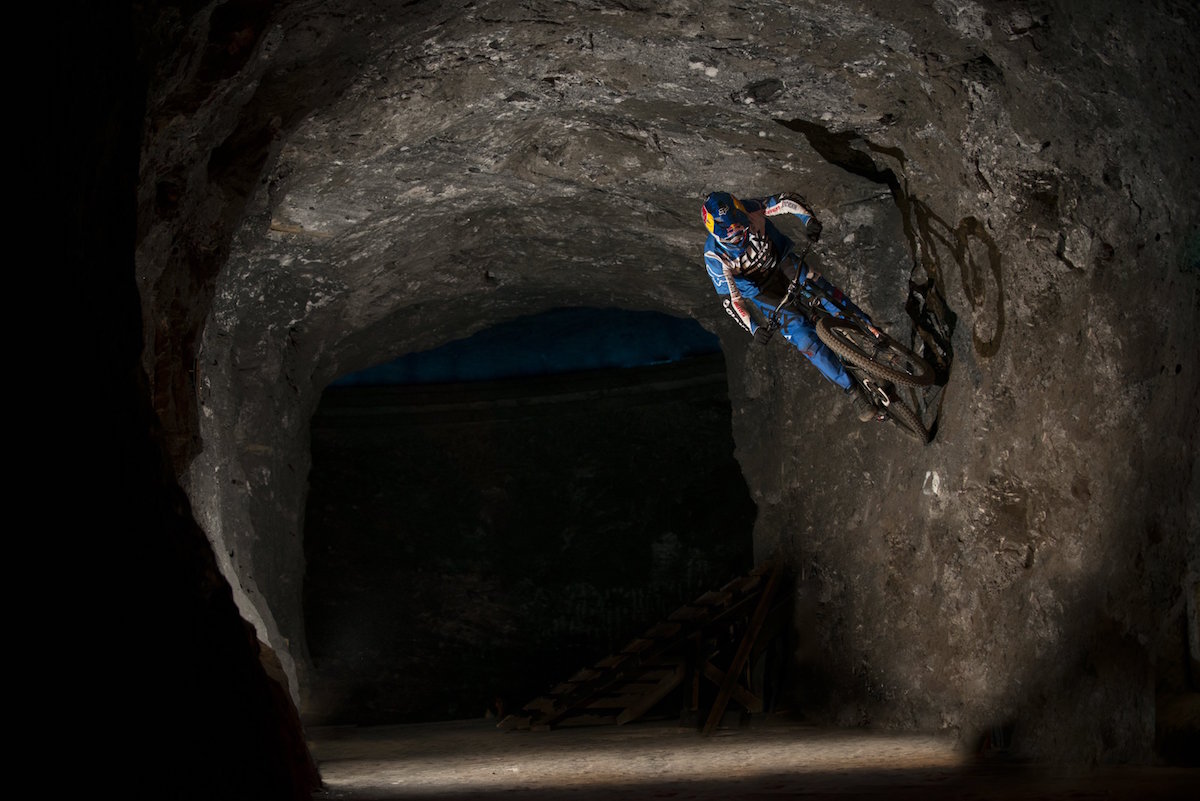 NEWS: RIDING A COLOMBIAN SALT MINE

NEWS: RIDING A COLOMBIAN SALT MINE

THE FIRST OF ITS KIND!

The mountain bike champion went down a salt mine trail at 70km/h, a 2000m track located in Zipaquirá near Bogotá, where Colombia’s first wonder, a Salt Cathedral located in an underground salt mine, can be found.

It’s an unique tourist attraction that has received multiple awards for its outstanding architecture and its cultural, religious and environmental significance. Thanks to Gutiérrez, it’s now the world’s first underground downhill ride.

Riding tunnels and pathways in subterranean conditions, he showed impressive downhill skills while showcasing one of his home country highlights.

How did you first hear about the trail and how did this project come to life?
The first time I heard about this track was years ago – maybe 10 years ago. I had a race there: it was a good track, it was a good event, but it was nothing compared to what we dreamed about, the track we could build for this kind of event, this kind of video. The track itself had a lot of potential, so that’s how the project came about.

What makes it so risky?
Well, it’s probably the most difficult track in Colombia because it’s technical as hell. It’s really challenging, you must know your limits, and you have to know your skills and capabilities, because the jumps are huge in some parts. And maybe at times the jumps aren’t huge, but you still need to carry speed to keep the flow. So in order to keep that flow, to do the jumps, you need to commit and if you commit the wrong way the consequences are bad.

How long did it actually take you to ride it and when did it take place?
It didn’t take that long to ride it but it was definitely scary! It was mid-October; it took us a couple of hours to get through it. But to get comfy and feel good with the jumps it took us a few hours to do a few runs.

Any fall, issue, moment when you felt like you wouldn’t manage to achieve it?
There weren’t that many moments where I was scared or almost crashed, but the trickiest part was when it rained, so to jump the barrels, gaps, we felt a bit scared and we had to stop the filming because it was risky in wet conditions. That was probably the scariest part. When we were inside the salt mine, we couldn’t see what was coming, the visibility was terrible as it was super dark, scary as hell! With the goggles, with all the lights we had on… It was so hard to see what was coming! I was confused and thinking, what am I doing? What did I get myself into? It was cool though; I went beyond my limits and my fears even if I was scared. But then I thought, well, we’re here, let’s try to make this happen. Let’s try to make the best of it.

And the feedback you got from Colombian people?
That was funny! People were surprised and amazed with the level of track we were riding. It was funny to hear stories of people who had been there and tried the track and kept crashing as the track it so hard. It’s cool to see people enjoying it, to see people trying the track.

How important was this for you as a rider, and as a Colombian person?
I would say it was important a Colombian citizen! It was important to have a project like this, at home, in my home country, home soil. It was also so important and beautiful to be able to show the world a bit of my country, a bit of my culture. That’s the culture part of it, but if we consider the sport part, the first side is that our sport is not that well known and the second part is the ability to give our people, our riders, a track where they challenge themselves to ride the whole thing. They are going to have to fight against their fears.

GETTING TO KNOW MARCELO GUTIÉRREZ

Marcelo Gutiérrez Villegas first rode a bike aged three, a BMX, and by six years of age he was taking part in BMX races.

During his childhood, he mixed BMX and cross-country MTB, until at around 10 years old he tried Downhill. By the age of 14, he'd stopped racing BMX and was focusing on DH, where he'd started getting good results.

He burst onto the world scene at the 2007 UCI MTB World Championships in Fort William, grabbing 12th place in the Junior rankings. The following year, the Colombian took 12th again in the same contest at Val di Sole.

Multiple national champion, 2011 Pan-American champion and a regular on the UCI World Cup scene since 2008, Marcelo has also taken part in events at Crankworx Whistler, with second place in both the 2011 and 2012 Garbanzo DH comps.

He also took a brilliant top-10 spot in the 2012 UCI MTB DH World Champs in Leogang, beating former world champions in the process.

But where Marcelo has also begun to excel is in "urban downhill", where riders take on courses on steep streets and alleyways of hillside towns and cities. He won his local event in Manizales two years running, and in 2012 came fourth in the famous Valparaíso Cerro Abajo in Chile. In 2013, he improved to win the event in spectacular style.

Keen to repeat his win in 2014, Marcelo came back in fighting style. Despite being pipped to the post by Filip Polc, Gutiérrez managed to bag second place. We can’t wait to see what other podiums he climbs in the future.

All information and photos by Redbull Media