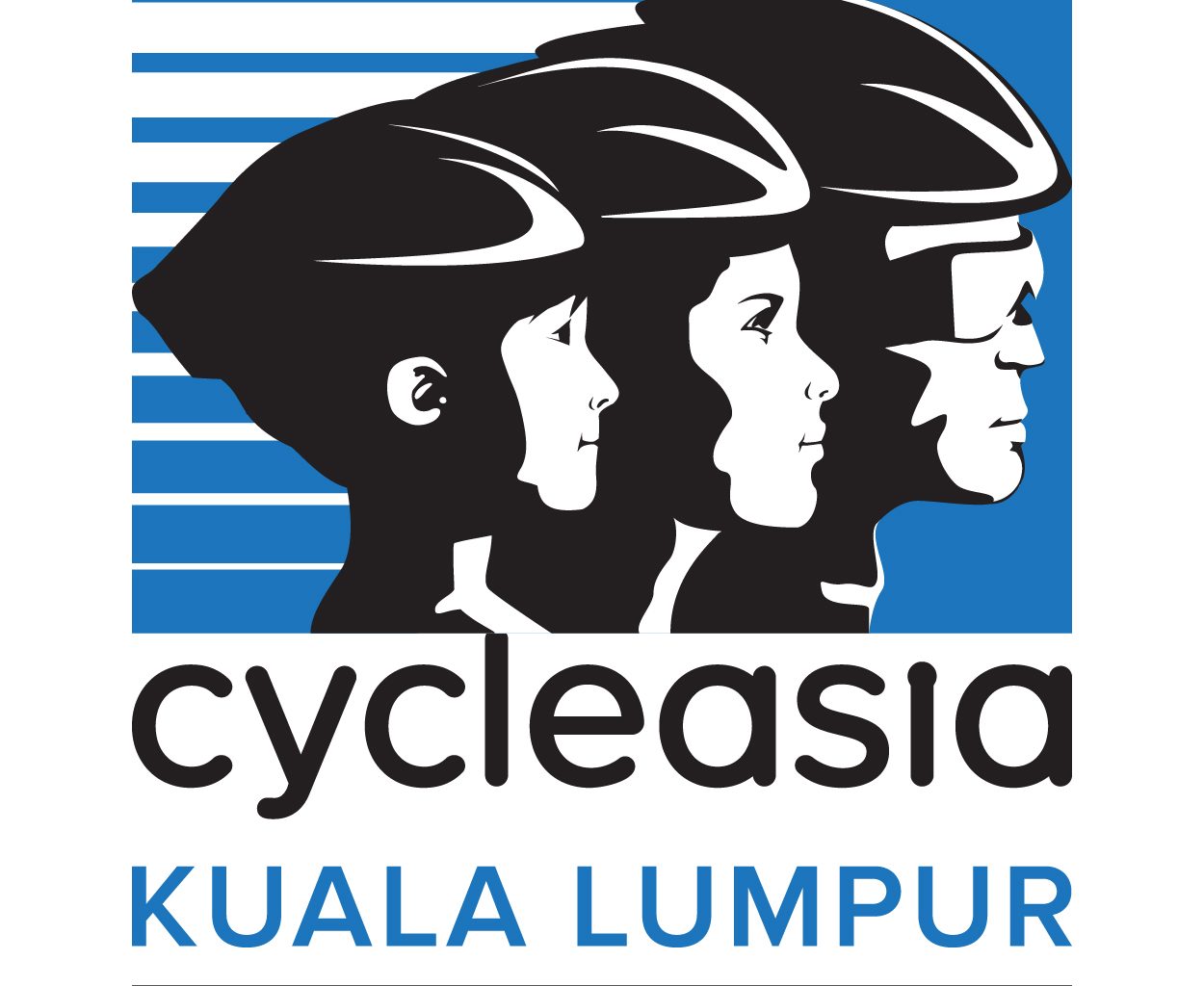 on closed public roads welcomes cyclists of all skill levels. Anyone Can Ride!

(Chris Robb, Managing Director of event owner and organiser Spectrum Worldwide taking cycling up a notch at the official announcement of Cycle Asia Kuala Lumpur 2015 which will commence on 12th – 14th June 2015 at Dataran Merdeka. )

Cycle Asia Kuala Lumpur (previously known as OCBC Cycle Malaysia) is returning to Dataran Merdeka from 12 to 14 June 2015, offering cyclists of all levels the exhilarating thrill of riding together through the heart of Kuala Lumpur on closed public roads with exciting cycling categories to boot!

Supported by the Ministry of Youth and Sports and Dewan Bandaraya Kuala Lumpur (DBKL), Cycle Asia Kuala Lumpur is Malaysia’s largest mass participation cycling event on closed public roads having registered over 6,000 participants in 2014. True to its philosophy that “Anyone Can Ride”, it provides a fun-filled experience for cyclists of all ages and skill level, be it professionals, enthusiasts, families and children.

Returning to the iconic Dataran Merdeka, the three-day cycling festival not only offers participants a fun-filled weekend of sweating it out but also a carnival-like atmosphere at the grounds for participants and spectators alike to mingle and spend time with family and friends.

“It’s wonderful to be back in Malaysia and we look forward to giving all Malaysian and travelling participants a truly unique and iconic experience at Cycle Asia Kuala Lumpur 2015. Whether you’re an amateur or enthusiast, cycling across Dataran Merdeka and the heart of the city without worry is one of a kind,” said Chris Robb, Managing Director of event owner and organiser Spectrum Worldwide.

Accompanying Chris Robb at the launch was Wan Ahmad Lotfi Wan Ibrahim, who is serving as an advisor for Cycle Asia Kuala Lumpur. Affectionately known as Pak Wan, he brings with him extensive experience from his years as Chief Operating Officer of Le Tour De Langkawi.

EXCITING CYCLING CATEGORIES FOR EVERYONE!

Cycle Asia Kuala Lumpur will be rolling out seven different categories, ranging in distance from 100m to 48km. The 100m and 150m Tricycle Ride promises children between the ages two and five a safe and enjoyable ride, while The Kids’ Ride (5km) is open to children aged six to nine years old. The Junior Challenge, a 30 minute ride for those aged 10 to 12 years, are for those aspiring to be future Malaysian cyclists.

The various kids’ ride will be staged on Saturday where kids from two years and above will be able to showcase their raw talent on their bikes. Saturday’s action will then come to a close paving the way for the test of endurance and adrenaline pumping challenge.

Sunday kicks off with The Challenge (48km) followed by The Community Ride (24km), the flagship categories of Cycle Asia Kuala Lumpur that start from Dataran Merdeka through iconic landmarks such as Lake Gardens, the Petronas Twin Towers, and Muzium Negara.

Having witnessed the rise of community cycling events in Malaysia, Pak Wan believes that the Cycle Asia platform can be the catalyst to inculcate cycling as a healthy lifestyle across Asia. He said, “With events like Cycle Asia Kuala Lumpur, we’re beginning to see cycling become more than just a novelty for the minority. In Singapore, Thailand, Malaysia and Indonesia, more and more people are buying into it as a lifestyle for healthier living. I do foresee this culture spreading throughout Asia which can only mean good things for our health.”

He also commended recent initiatives organised by Datuk Bandar Kuala Lumpur, Yang Berbahagia Dato Seri Haij Ahmad Phesal Bin Haji Talib, reiterated the environmental benefits that cycling brings to a major city. “The Datuk Bandar has been a tremendous supporter and his efforts in making KL Car Free Morning such a huge success is admirable. With more bicycle lanes to improve safety standards, cycling can be a viable alternative mode of transport to reduce carbon emissions from automobiles,” he said.

Chris Robb further commented that the uniqueness of Cycle Asia is that it not only encourages the community to develop a healthy lifestyle but as an opportunity to connect with each other through the cycling event. Having said that, he also mentioned during his speech that Cycle Asia Kuala Lumpur 2015 has successfully received overwhelming response of up to 2,000 registered participants and is growing strong in number.

“One of the uniqueness of Cycle Asia Kuala Lumpur is that you get to meet so many different people from all over the world. We’ve had participants from Europe, South America and the Middle East all coming together for the love of cycling. It’s really amazing. This year’s ride will be astounding and to our cyclists look out for more exciting news in the near future,” he further added.

Participants and spectators can also enjoy a huge range of sports-related products, services and entertainment at the official Sports & Lifestyle Expo Located at Dataran Merdeka grounds. The Sports and Lifestyle Expo offering more than 40 booths consisting of cycling and lifestyle deals will keep the entire family entertained throughout the event and is set to offer exclusive deals for Cycle Asia Kuala Lumpur participants and spectators alike.

Cycle Asia Kuala Lumpur 2015 will once more work closely with Dewan Bandaraya Kuala Lumpur (DBKL) and the Royal Malaysian Police (PDRM) to facilitate the highest possible safety standards for all the participants.

A portion of all registration fees from Cycle Asia Kuala Lumpur 2015 will be given to the charity project Sponsor One Bicycle for a Student. This project is run by Sala Baï Hotel & Restaurant School – founded in 2002 by the French NGO Agir pour le Cambodge assisting poverty stricken student mode of transportation to attend school enabling them to achieve independence towards their future success.

The 4th Cycle Asia Kuala Lumpur event will take place the weekend of 12th to 14th June 2015.  With a selection of premier cycling events Cycle Asia Kuala Lumpur offers cyclists the rare opportunity to ride on closed public roads in in the heart of Kuala Lumpur. Cycle Asia Kuala Lumpur caters to all ages and abilities, from the youngest cyclist on three wheels to the more serious cyclist looking to test themselves on a challenging ride which promises to be an even more exciting and wholesome activity for families, friends, and cycling enthusiasts targeting 6,000 participants.

The 100m and 150m Tricycle Ride especially designed for children between the ages two (2) and five (5), is perfect for the littlest peddler in the family who wants to take part in their own event! Parents, if you want to accompany your child, please feel free to do so either on foot or cycling with them.

Calling all future Malaysian cyclists – this is a category that will be suitable for you! A 30-minute ride covering an estimated of 7km for those aged ten (10) to twelve (12) years.

Designed to ensure a safe and fun experience this 5km ride is open to all children between the ages of six (6) to nine (9), with separate categories for three different age groups. Parents you may accompany your children and enjoy this ride category or team up as a parent-child duo.

Ready for a challenge to test yourself on the streets of Kuala Lumpur? Then this will be the ride for you. A category open to anyone aged 14 and above who are experienced riders.

Beginners, family members and intermediate cyclists, join this non-competitive ride as an individual or as a team. This ride is for everyone of ages twelve (12) and above on event day. Staged in a series of heats, the community ride will feature one dedicated heat just for the folding bicycles which caters to the Foldies Community in Malaysia.

All photos and information by Cycle Asia Kuala Lumpur