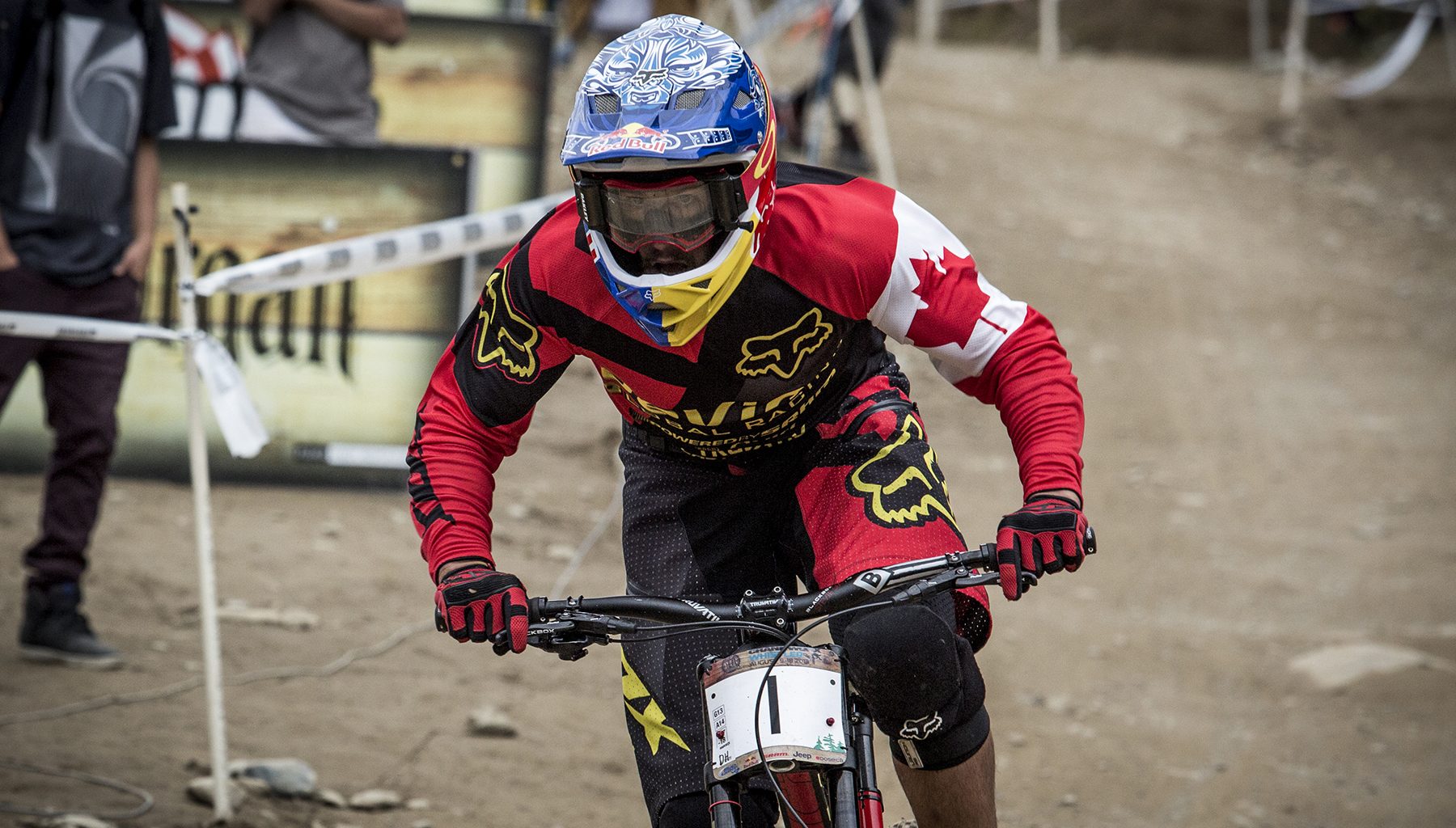 VIDEO: STEVIE SMITH SHARES HIS FEELING ON WATCHING CRANKWORX FROM THE SIDE

ON WATCHING CRANKWORX FROM THE SIDE

"When I get back on it, I wanna go fast!" Stevie Smith

Stevie Smith shares with us how he felt after his got injured and had to watch the race from the side. The feeling of wanting to get back into the action can be torturing. For elite bikers like Stevie, his previous achievements would add up to the disappointment if he didn't match up to his own expectations. For the average bikers, our personal best are what motivate us to improve ourselves. This attitude, together with the love for the trail, is what keep us bikers going. Watch the video and ride safe guys!

Legendary racer Steve Smith shares what it’s like to constantly push his own boundaries in “How far does this trail go?”,  the final episode on the Crankworx community.

As the two-time winner of the Crankworx Whistler Canadian Open Downhill, Smith never stops nudging past his own limits and this year, the 25-year-old Cassidy, B.C. native paid the price for riding the edge.

After winning the Canadian downhill championships in Kamloops, Smith suffered his second ankle injury of the year, forcing him to watch the Crankworx event, rather than defend his title.

“Being injured is tough for me. I see everybody here having a great time and it’s just, (I’m) jealous I guess,” says Smith, who shares his story, and his thoughts on mountain biking, as he watches his friends compete.

Smith was at the very first Crankworx in 2004, as a Juvenile rider, and has steadily climbed the ranks of the UCI World Cup circuit by refusing to take it easy.

“As soon as you surpass one of your goals, that experience is no longer anything to you,” says Smith. “Back in the day, I just wanted to qualify for World Cup. Nowadays, if I’m not number one, it’s disappointing.”

HOW FAR DOES THE TRAIL GOES?

Rocks, roots, turns – these are what makes us love the trail and make us go back for more. Leveling up is every mountain biker's wish. On the flip side though, injury is something very real to every biker and can happen when you least expect it. This is a dilemma between wanting to out-do yourself and riding the safest way possible. We are not encouraging blind risk here. On the contrary, we wish everybody a safe ride – to learn new skills or break your own timing without so much as a scratch on you. But we do not want to paint a rosy picture that is unrealistic. We all get hurt to varying degrees some time. It's up to us to try to minimize the damage as much as we can. There is no better or more honest way to put this through. But what is most important is the attitude towards biking. We get hurt, we pick ourselves up and we go at it again. Stay sharp, respect the trail and know your limits. If you can't do it today, you try again tomorrow. Ride hard, ride safe and only do the extra bit when you are ready.

Smith’s story is the final segment in a three-part program made possible by a TELUS Optik Local Community Programming Production Support grant. The Series highlights the many ways Crankworx draws new mountain bike enthusiasts into the fold, allowing riders of all levels and abilities to improve their skills, connect with the scene and, generally, push the boundaries of what is possible to do on a bike.

The first episode, Brad’s Big Day, featured Brad Bethune, an amateur rider from Whistler who competed in the 2014 Canadian Open Enduro and the second, 8 Awesome Things With the Goldstones, featured a family of mountain bike enthusiasts who participate in Kidsworx and the Crankworx festival as a family. All three episodes are available for free on demand on TELUS Optik TV.

Photo and video by Crankworx