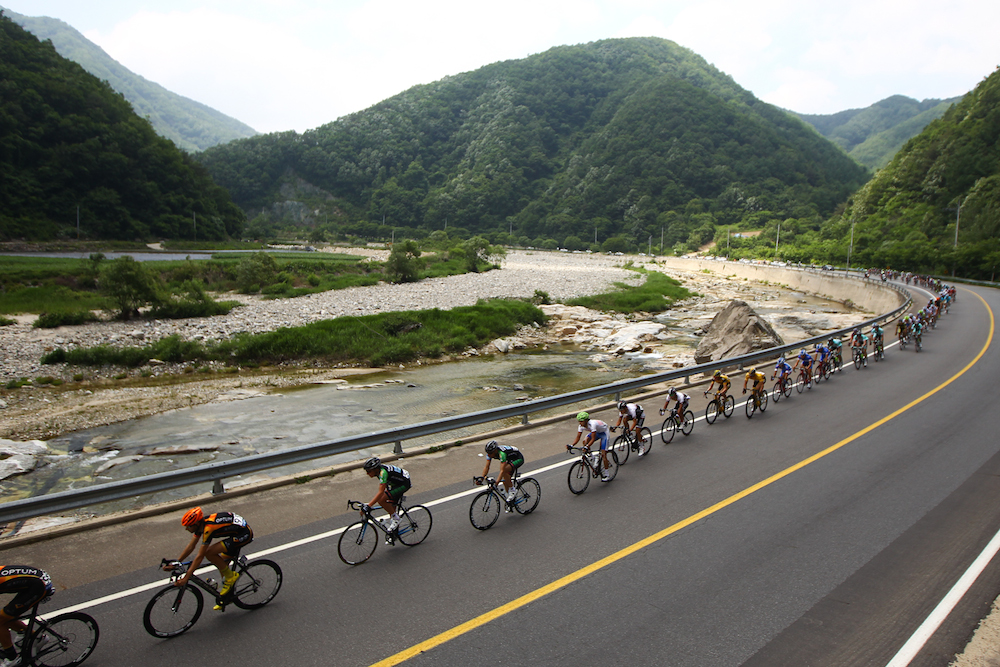 (Riders competing in Stage 2 of Tour de Korea 2013 as they race their way to the finishing line in6 Muju, Korea)

It’s shaping up to be a hectic period for the OCBC Singapore Pro Cycling Team, as it splits its forces into two squads to take on the upcoming Tour de Singkarak and Tour de Korea, which kick off 7TH and 8th June respectively.

Heading north will be the OCBC Singapore Pro Cycling Team riders who raced at the recently concluded Tour of Japan. They will be racing in the only international cycling competition in South Korea – The Tour de Korea, rated by the International Cycling Union (UCI) as a 2.2 category race. The team consists of Singaporean Low Ji Wen, Hong Kong’s Ronald Yeung, Australians Eric Sheppard and Cameron Bayly, Dutchman Thomas Rabou and local favourite Jang ChanJae from South Korea.

South Korean Rider Jang Chang Jae got off to a sizzling start in stage one of Tour de Korea by breaking into the top-10 placings of the day. But at the other end of the spectrum, four OCBC riders failed to make it through stage two of Indonesia's Tour de Kumano.

Over in Indonesia, a hilly course proved to be the undoing for a young OCBC squad, as four of the riders of the initial team of seven did not finish the stage.

The three OCBC Singapore Pro Cycling Team riders who managed to survive the treacherous stage were Goh Choon Huat (44th) , who lead the team across the finish line in 3:16:18, Calvin Sim (100th) and Lemuel Lee (102th) who both finished with a timing of 3:30:39.

Local favourite Jang Chan Jae has proven that he is motivated to win on home turf as he managed to secure yet another top-10 finish in Stage two of Tour de Korea.

The 25-year-old finished the 197.2-kilometre stage from Chungju to Muju with a timing of 4:5322, 35-seconds behind stage winner Richard Handley from the Rapha Condor JLT team. Jang finished in 7th place.

In the meantime, teammates Goh Choon Huat and Lemuel Lee were the only OCBC survivors in stage three of the Tour de Singkarak.

Goh was the first Singaporean to cross the finishing line with a timing of 2:38:46, 5:52 behind stage winner Ramin Mehrbaniazar from the Pishgaman Yazd Cycling Team from Iran. Goh finished in 46th place.

Calvin Sim did not meet the cut-off timing for stage 3, which leaves just Goh and Lee to continue the journey for OCBC in Indonesia for the next six stages.