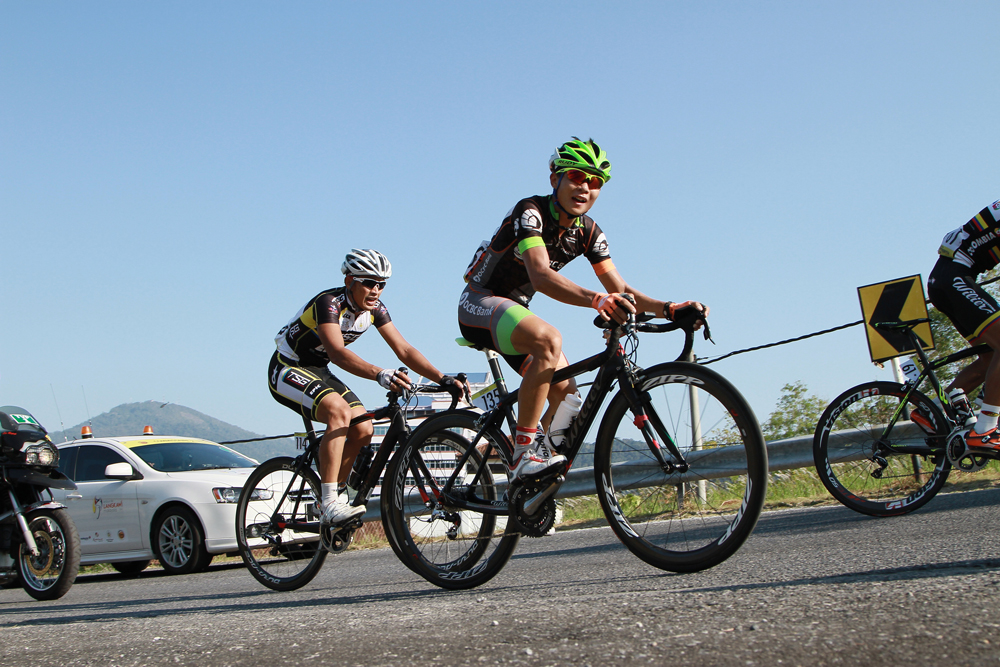 THE OCBC Pro Cycling Team continues to dominate the field as Goh Choon Huat managed to seize the Yellow Jersey in Stage 2 of Le Tour de Filipinas, vaulting from sixth placing to first in the General Classification (GC) standings. Goh completed the 175.5-kilometre stage from Olongapo City to Cabanatuan City in 13th place with a timing of 4:15:21, 47 seconds behind Stage Winner Mark Galedo of Team 7-Eleven Roadbike Philippines.

Goh’s spectacular performance marks the first time he has ever seized a leader's jersey at the Union Cycliste Internationale (UCI) Asia Tour. Goh is now 3:03 minutes ahead of teammate Sheppard, who holds second placing in the GC. Sheppard finished with a timing of 4:21:14, coming in 28th place.

OCBC’s Low Ji Wen also put up a stellar showing by breaking into the top-10 at the finish, crossing the finishing line sixth with a timing of 4:51:21. This marks Low’s seventh time accomplishing a top-10 finish in the UCI's Asian Tour.

Only 132-kilometres separate Goh Choon Huat and an historic win for the OCBC Singapore Pro Cycling Team – but they promise to be some of the toughest kilometres Goh has ever cycled.

Goh defended his yellow jersey at Le Tour de Filipinas by crossing the line in 29th place in Wednesday’s 146.6-kilometre Stage 3 from Cabanatuan City to Bayombong in a time of 4:12:49, 24 seconds behind stage winner Patria Rastra from the Pegasus Continental Team. The 23-year-old Singaporean remains 3:03 ahead of teammate Eric Sheppard, who continues to hold on to second place in the General Classification (GC) standings. The 22-year-old Australian finished within the lead pack as well in 23rd place and was credited with the same timing as Goh.

Tuesday’s Stage 2 marked the first time Goh – or any Singaporean, for that matter – had ever seized a yellow jersey at a Union Cycliste Internationale (UCI) Asia Tour race. Goh’s gutsy 13th-place finish in Stage 2 helped him take over the GC lead from Sheppard, who had staked an early claim to the yellow jersey by winning Stage 1.